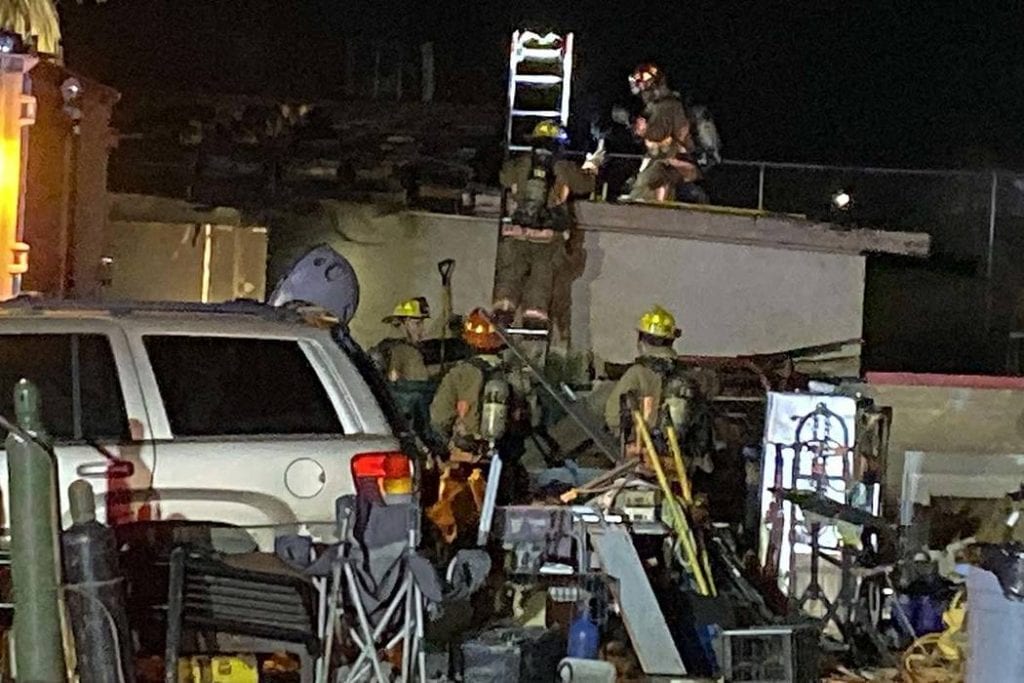 Firefighters were battling a house fire in the northwest valley early Monday.

A fire in a guest house near North Campbell and West Lone Mountain roads was reported about 3:30 a.m. Monday, according to a tweet by the Las Vegas Fire Department.

A guest house was fully involved with flames when firefighters arrived, stated the tweet. Crews were unable to go inside, but had water on the fire.

Shortly before 4 a.m., a tweet said the fire was under control, but there was extensive damage to the residence.

No injuries were reported.

“It was a building behind a house — a structure someone was living in,” Thom said. “Neighbors called it in and it was a fully involved house… . The occupant who was staying there was able to get out.”