Trillion-dollar deficits as far as the eye can see, and hardly a voice of caution to be heard 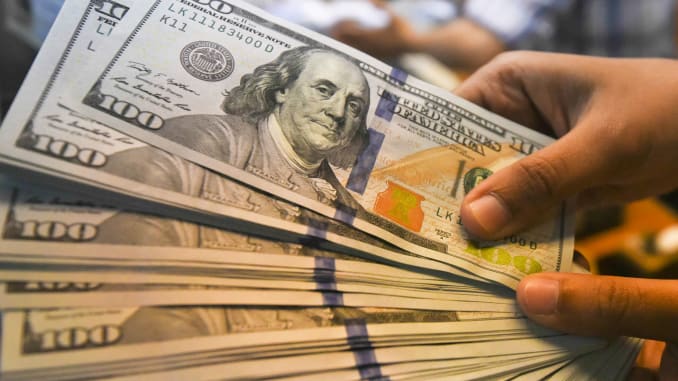 In the old days, a decade or so ago, Democrats would have assailed Donald Trump‘s failure on federal deficits; instead of eliminating it, as promised, the deficit has doubled to a trillion dollars as far as the eye can see.

Republicans would be in full fury over the spending schemes of Democratic presidential candidates; even the mainstream moderates propose huge increases for health care, education and the social safety net for the disadvantaged.

Yet deficits, as a political issue, are dead.

The political impact always was exaggerated, but out-of-control deficits were a staple of opposition rhetoric. There invariably was some budget-balancing blue-ribbon group, the most famous being the Simpson-Bowles Commission.

For Democrats, the pressing urgency of unmet needs in health care, education, infrastructure and the social safety net far outweigh any rising debt. They favor tax hikes, mainly on the rich, to reverse the huge 2017 Republican tax cuts, but there’s less premium on the green eyeshade test of paying for all spending initiatives.

Most Republicans strongly want to keep those tax cuts — the only significant achievement of three years of party rule — and have little interest in tackling politically popular entitlements. In the years the Republican Party controlled both houses of Congress and the White House, it focused only on gutting the Affordable Care Act.

This has become the Trump Party, which overshadows the old Republican battle lines between budget balancers and tax cutters. This Republican executive is a tax cutter and budget buster.

As well as the politics, Democrats have a strong policy basis for their position. Early this year, the two most prominent Democratic economists — former Treasury Secretary Larry Summers and Jason Furman, chairman of the Council of Economic Advisers, both under Barack Obama — wrote an influential article citing structural declines in interest rates. This means that “policymakers should reconsider the traditional fiscal approach that has often wrong-headedly limited worthwhile investments in such areas as education, health care and infrastructure,” they said.

“Politicians and policymakers should focus on urgent social programs, not deficits,” they advised.