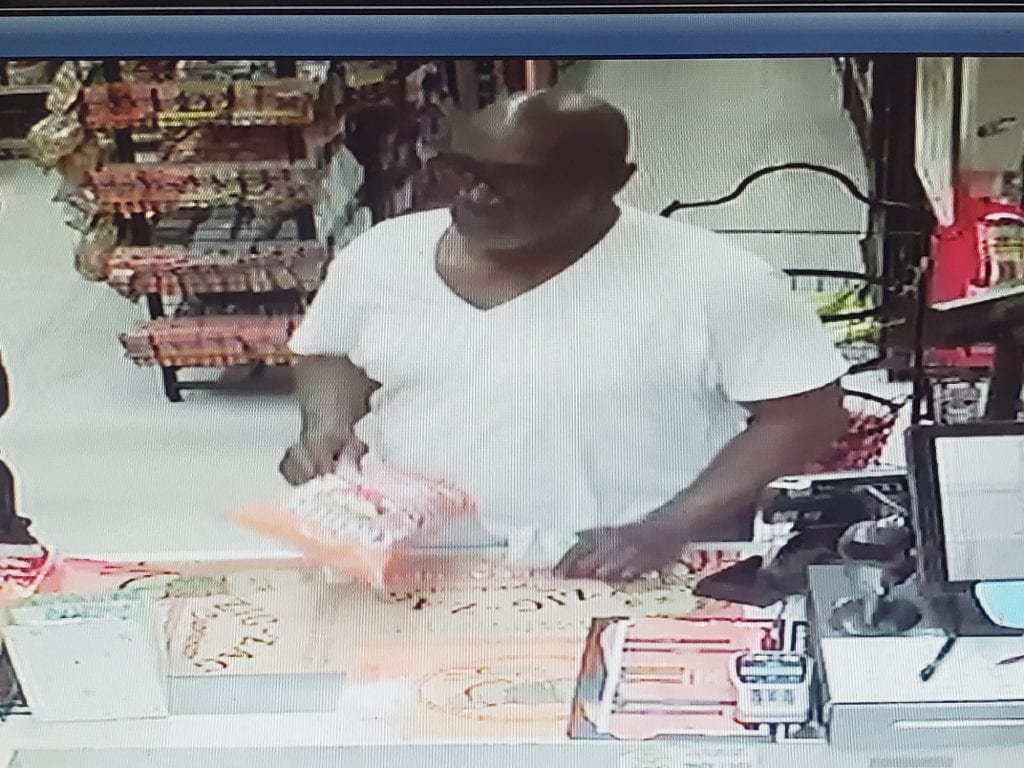 FELLSMERE, Florida – On Monday, November 11th at approximately 7:20 pm, an unknown male suspect entered the Fellsmere Sunoco located at 2 N. Broadway Street to purchase a $2.00 bag of chips and left with approximately $350.00 in cash.

The suspect implemented what is commonly known as the “short change” scam, a ruse where someone will appear to make a small, but legitimate purchase with a large bill then attempt to confuse the casher while the cash drawer is open by making a series of exchanges for different denominations until they succeed in acquiring additional cash.

At no time during the scam will a suspect attempt to remove cash from the drawer.

The suspect is described as a heavy-set black male, approximately 45-55 years old with a light gray or white goatee wearing a white t-shirt and blue denim pants.  He was seen driving a light gold or cream colored 4 door sedan.

The incident was reported to law enforcement on November 15th.