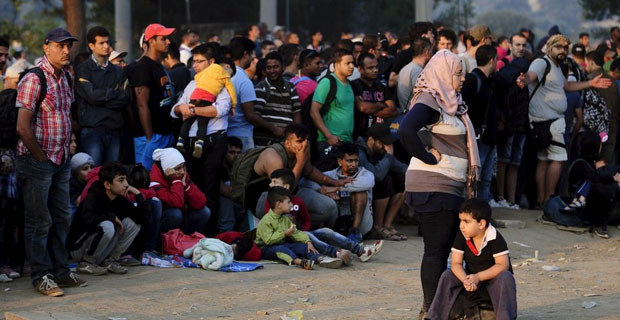 “Europe has experienced a high level of immigration in recent years, driving debate about how countries should deal with immigrants.”

Europe is currently home to somewhere between 3.9 and 4.8 million illegal immigrants, according to a new survey by the Pew Research Center.

“Europe has experienced a high level of immigration in recent years, driving debate about how countries should deal with immigrants when it comes to social services, security issues, deportation policies and integration efforts,” Pew notes in its latest study of the question.

“Among these recently arrived immigrants are many who live in Europe without authorization,” the article adds. “Coupled with unauthorized immigrants who were already in Europe, their numbers reach into the millions, though together they make up a small share of Europe’s total population.”

Although the number of illegal migrants in Europe reached its peak in 2016, it has fallen only slightly since then, since Europe has so far been unable to devise an effective system for repatriating those migrants whose appeals for asylum have been rejected. The reason that the number has dropped at all is not because the migrant population has decreased but because many “have been approved to remain in Europe.”