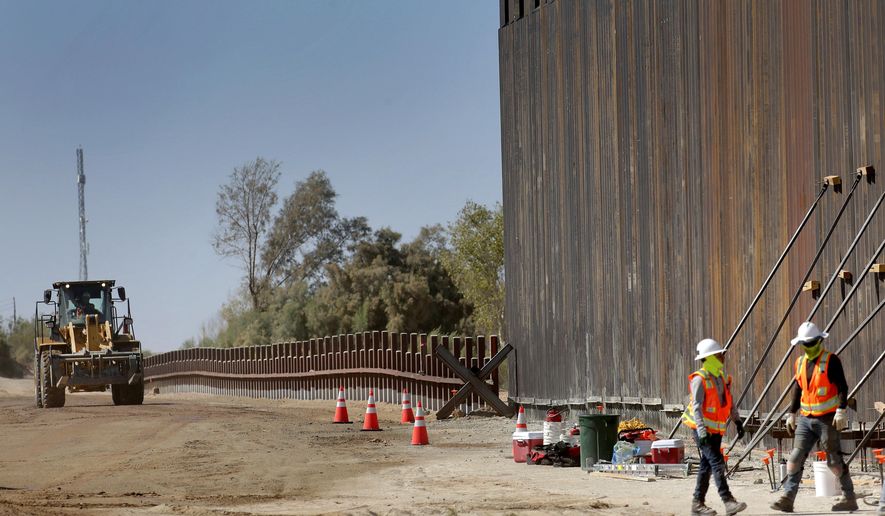 By Stephen Dinan – The Washington Times

The administration still has yet to fence in any new miles of border with President Trump’s wall, a top Homeland Security official acknowledged Thursday — though he said that’s not the right way to look at the problem.

Acting Customs and Border Protection Commissioner Mark Morgan told reporters that 78 miles of wall has been erected under Mr. Trump, but all of it has replaced outdated fencing or barriers that had previously existed.

None of it has blocked off a portion of the border where there wasn’t previously some type of barrier.

Mr. Morgan, though, said the replacement wall is so good that he calls all of it “new.”

He said ground has finally been broken in Texas on a section of land where no barrier exists right now, which will be brand new wall that protects a currently unfenced area.