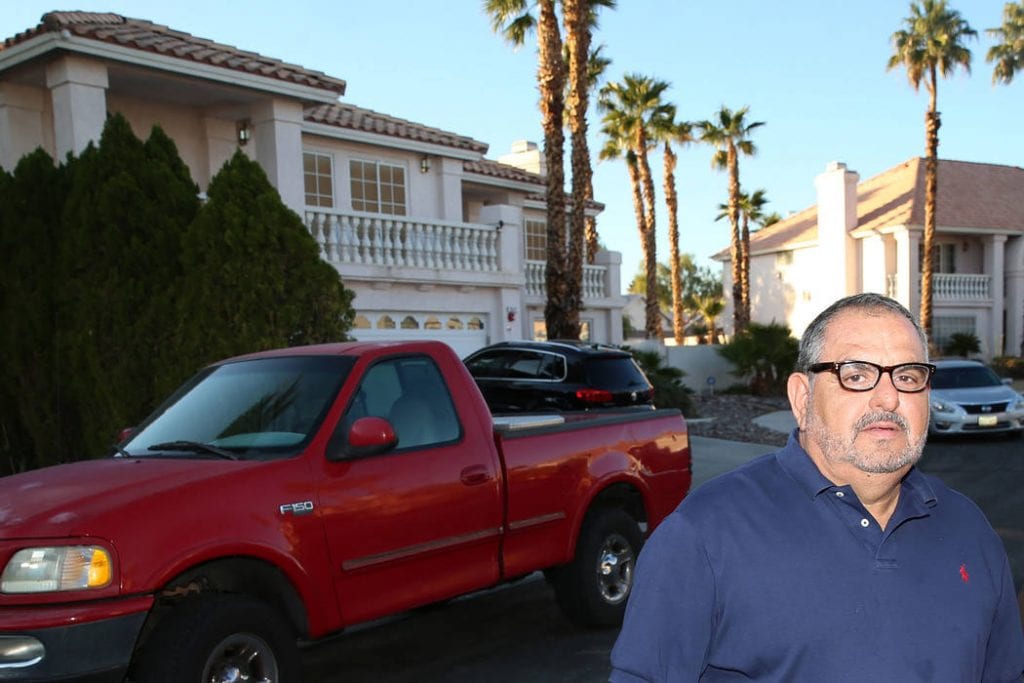 Clark County resident Victor Padron has contacted his county commissioner, his governor, his congresswoman and a senator with this question: Why has his Spring Valley neighborhood become a haven for residential rehab centers?

The gist of the response is that group homes — or “community residences,” to use the term in the county statutes — for people with addictions are protected under the federal Fair Housing Act, which prohibits discrimination in housing based on a disability, including addiction. He’s also been told that the county government — not state or federal entities — regulates community residences.

But he still seeks a satisfactory response to another question: What recourse is available when the county has approved community residences that function as rehab centers, with operations neighbors contend are too intensive for a residential area?

By “this” he means additional traffic on his cul de sac of large homes, as well as concerns about safety, property values and changes to the neighborhood’s character.

Since early September, when the Las Vegas Review-Journal first reported on neighbors’ complaints, Clark County has approved a rehab center a few blocks from two others in the neighborhood near Twain Avenue and Fort Apache Road.

The county also cited a sober living home that was operating as a community residence in the neighborhood without county approval. That home has since closed its doors. Under county regulations, community residences cannot be closer than 660 feet from one another, as measured in walking distance. The sober living home was across the street from the new rehab center, Vogue Recovery Center, and under the distance requirements one of them had to go.

The newest county-approved community residence, on Dutch Valley Drive, describes itself on its website as a “drug and alcohol rehab facility.”

The application to the county by Eden Treatment Center, which operates Vogue Recovery Center, requested approval “to house 10 adult women in a state-licensed therapeutic group home setting, utilizing the protections of the federal Fair Housing and Americans with Disabilities Acts.”

As with the other rehab centers, the county approved the request administratively without notifying neighbors, which a spokesman said the county is not required to do.

The county also has closed zoning complaints filed by neighbors about two rehab centers operated by Ignite Teen Treatment, one of which is next door to Padron’s home on Bahama Bay Court. The neighbors complained about the intensity of the operations and the nature of the services provided.

In its application to the county, Ignite requested “to house 10 adolescents in a state-licensed, therapeutic family/group-home setting.” It cited the Fair Housing Act and the ADA.

Under county statutes, the definition of a “community residence” specifically excludes “facilities for the treatment of alcohol and drug abuse.”

But county spokesman Dan Kulin said, “The preclusion of treating alcohol and drug abuse relates to medical interaction and medical treatment for the condition. It in no way infers that addicts cannot live in a community residence or group housing as they are a protected class.”

An Ignite executive declined to answer a reporter’s question about whether the center was providing medical services on site. The executive said the centers had “adopted numerous policies aimed at addressing the concerns of its neighbors, including complete bans on tobacco, alcohol, loitering and any activities at a loud or excessive volume.”

Neighbors also said they have evidence the Ignite centers are providing outpatient treatment to clients.

But Kulin said the county investigated the neighbors’ complaints and “no proof of violations (was) found.”

County Commissioner Justin Jones, whose district includes the neighborhood, said, “It’s permissible under the Fair Housing Act to receive treatment in a community residence. It simply can’t be medical treatment.”

More than a decade ago, the county was sued under the Fair Housing Act when it denied two use permit applications for group homes that failed to meet what were then 1,500-foot separation requirements. The county entered a settlement agreement with the Nevada Fair Housing Center in 2008 and reduced the distance requirement between community residences to the current standard.

“The county’s hands are tied by the Fair Housing Act,” Jones said, adding that he supported the goals of the act while understanding the neighbors’ concerns. His office has reached out to Rep. Susie Lee’s office “to have some additional discussion on whether there’s a need for changes to the Fair Housing Act.”

Padron said the neighbors found a receptive ear in Lee’s office after staffers for other politicians at the federal and state levels told them their complaints were a matter for the county.

“The congresswoman’s office has been in touch with the relevant parties about this issue,” said Jesús Espinoza, Lee’s communications director. “Our top priority is to listen to constituents and determine how we can help. As with any casework that comes through our office, we’re hoping that a positive resolution can be found soon.”