Eating broccoli found to help with brain and nerve repair 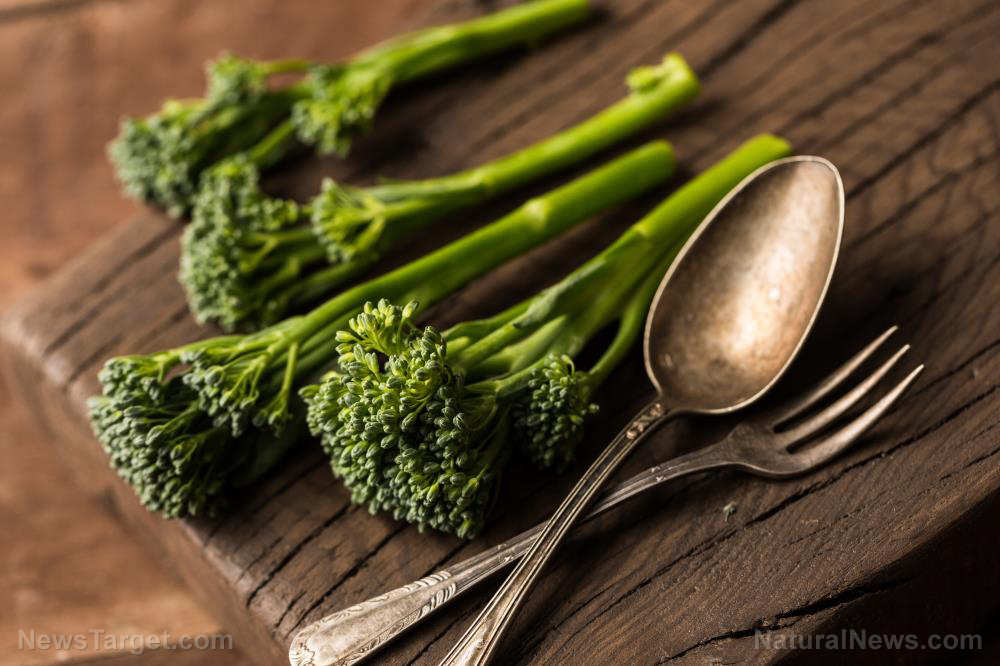 (Natural News) Numerous studies show that the brain can repair and renew nervous tissue. People may support these natural processes by eating sulforaphane-rich foods like broccoli.

Neuroscience experts previously believed that the brain cannot repair damaged neurons. However, a study conducted by MIT researcher Joseph Altman in the 1960s showed that the brains of adult rats, adult guinea pigs, and cats are capable of neurogenesis.

During neurogenesis, neural stem cells form new neurons. They repair and replace brain cells that have been severely damaged.

Over the years, studies have shown that the brain repairs and regenerates damaged parts continuously. This information now offers hope for the increasing number of patients suffering from neurodegenerative diseases.

There are natural compounds in healthy foods that either support the natural ability of the brain to heal itself or head off any interference. Turmeric, for example, contains a fat-soluble compound called aromatic-turmerone that helps enhance neurogenesis in the brain.

Another compound that can do so is sulforaphane. A sulfur-based molecule, sulforaphane is present in large amounts in cruciferous vegetables like broccoli. It is a natural antioxidant and anti-inflammatory agent. (Related: Can you balance your brain chemistry with nutrition? Compounds in broccoli sprouts found to help people with schizophrenia.)

In 2017, a Chinese researcher from Jiamusi University conducted a study on sulforaphane. He worked alongside colleagues from Daqing Oilfield General Hospital and The Third Hospital of Daqing.

They found that sulforaphane, even at low concentrations, can induce these stem cells to increase in number and transform into new neurons. These new nerve cells can replace damaged ones and aid in repair.

“SFN (sulforaphane) of less than 5 uM did not induce cytotoxic effects, but rather potentially promote the growth of NSCs,” wrote Zhao and his colleagues.

Broccoli sprouts are one of the best sources of sulforaphane

“In summary, we demonstrated that the crucifer-derived SFN can effectively stimulate NSC proliferation and digerentiation by modifying genes in Wnt signaling pathway,” concluded the researchers. “Our data indicate that SFN is not only an Nrf2 inducer, but also a Wnt activator, which places SFN in a category distinct from other phytochemicals.”

The study showed that eating foods with sulforaphane might help treat neurodegenerative disorders.

Sulforaphane can be found in cruciferous vegetables like broccoli, cabbage, Brussel sprouts, and cauliflower. Regularly eating these plant-based foods can provide a person enough sulforaphane to help his brain repair and regenerate itself.

Besides stimulating neurogenesis, sulforaphane may also help treat or prevent around 200 other health issues. Its antioxidant and anti-inflammatory properties can help prevent cancer, depression, and other conditions.

One of the best sources of sulphorane is broccoli. Eat broccoli sprouts whenever possible. The young plants have more sulforaphane than the adult ones.