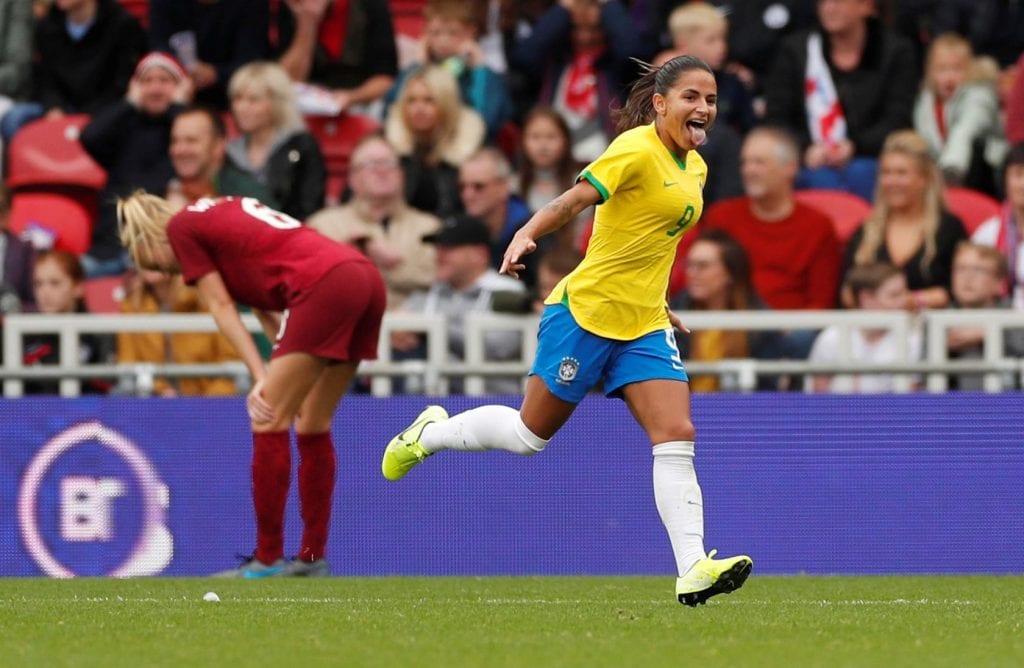 NEW YORK (Reuters) – When North Carolina Courage’s star midfielder Debinha claimed the NWSL championship MVP title on Sunday, it marked not only a career highlight for the Brazilian phenom but her transformation into one of the most versatile players in the league.

Fresh off the Courage winning their second back-to-back National Women’s Soccer League title, coach Paul Riley praised the 28-year-old for her ability to adapt her game since joining the team in 2017.

“When she first came, the first couple of months she didn’t fancy playing both sides of the ball. That wasn’t going to work,” said Riley, who called her the best Brazilian player he’s watched. “She took ownership, she took accountability.

“I think you could see today how many times she came back behind a ball and defended for us and closed people down. She’s a complete player.”

Debinha fired the opening salvo against the Chicago Red Stars, scoring the first goal of what would ultimately become a shutout four-goal win for the Courage.

She was controversially left off the NWSL’s Best XI lists for the season, making the honor on Sunday, announced in front of a sold-out hometown crowd, all the more sweet.