Soccer: Rule-makers look at new guidelines for dealing with concussion 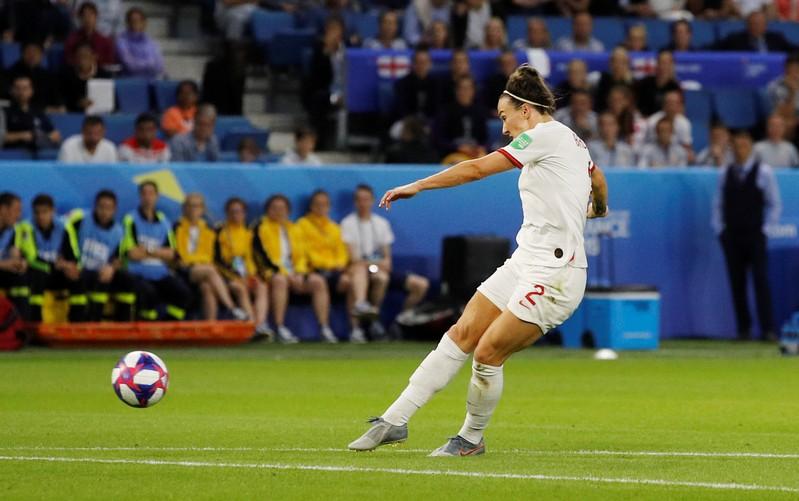 ZURICH (Reuters) – Soccer’s rule-makers have begun looking into whether changes to the laws are needed to allow for better treatment of players who suffer concussion during a game.

Both the world players’ union FIFPro and European soccer body UEFA have asked for new guidelines for dealing with players who suffer a blow to the head but may need new rules.

The International Football Association Board (IFAB), the sport’s rule-making body, said that its football and technical advisory panels began discussing the issue on Wednesday.

“Possible options for assessment and management of concussion during a match were discussed,” it said. “The panels agreed that any solutions would have to take account of both player welfare and the need to ensure sporting fairness.”

Stressing the “complex nature of assessing and managing concussion at different levels of the game”, it said an expert group would focus on the topic over the next few months before any rule changes were formally proposed.

At present, referees must stop the match in cases of suspected concussion to allow the examination of the injured player who can only return to the game with permission from the team doctor.

However, FIFPRo says this does not go far enough. It wants players to be looked at by a neutral doctor and temporary substitutions to be allowed for upto 10 minutes while the examination takes place.

However, that could itself present problems, such as teams faking a concussion to allow them to make a tactical change and the questions of what happens if the temporary substitute gets sent off.

FIFPro welcomed IFAB’s announcement which it said followed six years of requests to the sports authorities to better protect players against concussion.

“As a former player and now doctor working to improve the health and safety of footballers, I am pleased IFAB realizes the importance of considering rules relating to concussion,” said FIFPro’s chief medical officer Vincent Gouttebarge.

FIFPro said it also wanted any player suffering concussion to wait a minimum of six days before returning to play to ensure he or she is kept out of further danger “in the days and weeks following a concussion.”

IFAB said there was also a discussion on the VAR system which was “primarily concerned with ways in which communication of the decision-making process could be improved”.

The use of VAR has been surrounded by controversy over the last few months with some fans saying it goes far beyond its original remit — which would have involved only the review of the most glaring mistakes — and that decisions are taking too long.