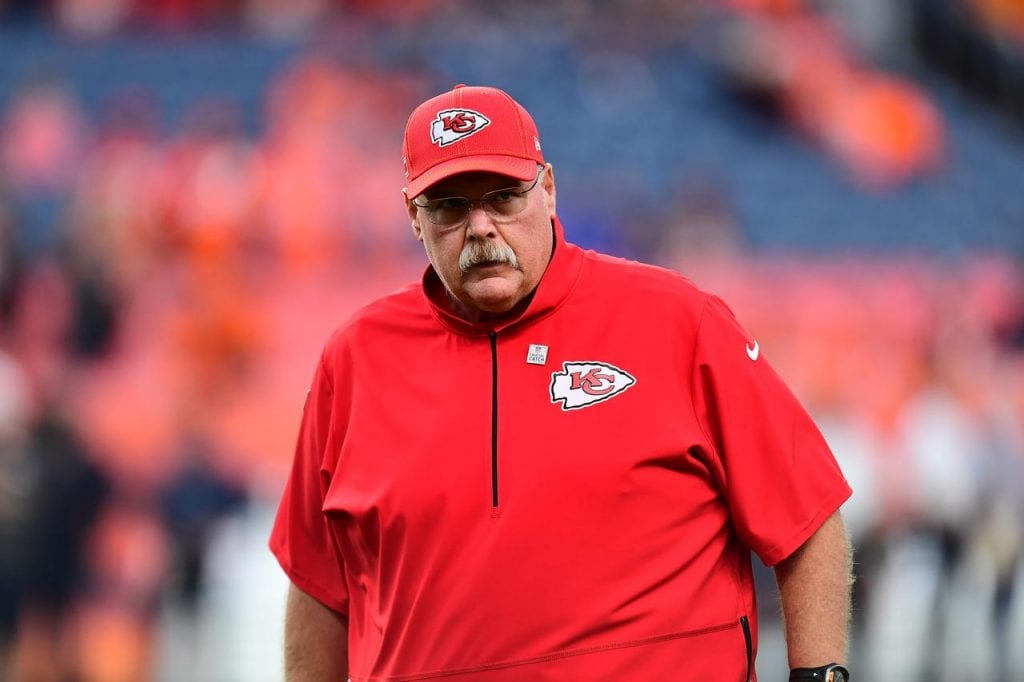 Despite a knee injury in the second quarter that forced quarterback Patrick Mahomes to miss the remainder of the game Thursday, the Kansas City Chiefs smothered the host Denver Broncos 30-6.

Mahomes, who had been hobbled much of the season by a left ankle sprain, hurt his right knee executing a sneak on fourth-and-inches from the Denver 5 with the Chiefs leading 10-6 in the second quarter.

The reigning Most Valuable Player of the NFL was helped off the field, then walked to the locker room before he was ruled out after completing 10 of 11 passes for 76 yards and one touchdown pass.

Early indications are that Mahomes dislocated his kneecap but does not have a fracture, according to multiple reports. An MRI will provide a clearer picture about whether Mahomes has ligament damage.

Backup quarterback Matt Moore, a 12-year veteran who did not play in 2018, took over as the Chiefs (5-2) snapped a two-game losing streak with their eighth straight victory over the AFC West rival Broncos (2-5).

Moore passed for 117 yards and delivered a backbreaking 57-yard touchdown pass to Tyreek Hill with 4:20 left in the third quarter for a 27-6 margin.

Kansas City relied mostly, though, on a much-maligned defense entered the game ranked 27th in the NFL. The Chiefs recorded nine sacks while allowing a season-low 205 total yards and gave up only two conversions on 16 third- and fourth-down attempts.

The Chiefs’ most disruptive play came when linebacker Anthony Hitchens recorded a strip-sack of Denver quarterback Joe Flacco that teammate Reggie Ragland returned 5 yards for a touchdown with 7:10 remaining in the first half for a 20-6 lead.

That was part of a complete breakdown for the Broncos after they capitalized on two third-down penalties against the Kansas City defense and scored on their first possession, a 1-yard rush by Royce Freeman.

A missed two-point conversion left Denver’s lead at 6-0 and began its offensive disconnect. Flacco, who went 21 of 34 for 213 yards passing, was sacked five times in the first half, while a fake punt also backfired and resulted in a fourth-down sack in Broncos territory.

The 20-6 lead Kansas City enjoyed at halftime included just one offensive touchdown. Mahomes went 5-for-5 in engineering the Chiefs’ first drive, hitting rookie Mecole Hardman for a 21-yard score with 4:10 remaining in the first quarter.

In his 21st season as an NFL coach, Andy Reid registered his 200th regular-season victory.

END_OF_DOCUMENT_TOKEN_TO_BE_REPLACED

Trump says he will designate Antifa as a terrorist organization

END_OF_DOCUMENT_TOKEN_TO_BE_REPLACED

‘I can’t breathe’ protests heat up as curfews imposed in several U.S. cities

Protests flared late into the night in many cities in the United States over the killing of George Floyd, a black man who died this …