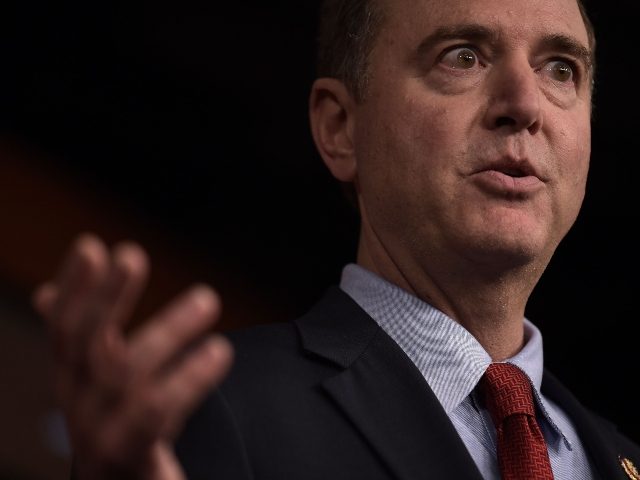 House Democrats on Wednesday continued their closed-door hearings in the Capitol building basement as part of their so-called impeachment inquiry, just a day after House Speaker Nancy Pelosi (D-CA) announced she would not hold a full House vote to officially launch an impeachment inquiry against President Donald Trump.

House Democrats are subpoenaing testimony and documents from current and former Trump appointees and career officials who they hope will give them more fodder in their quest to prove allegations by an anonymous “whistleblower” with second-hand information alleging that Trump withheld military aid from Ukraine in exchange for helping the U.S. investigate the origins of the Russia collusion hoax and possible corruption by Hunter Biden.

Rather, Pelosi put Schiff in charge of running the “impeachment inquiry” and tasked the House Intelligence, Foreign Affairs, and Oversight Committees with investigating Trump.

“Chairman Schiff and Speaker Pelosi are intentionally running Soviet-style hearings to deprive the American people of representation,” he tweeted.

I was just denied access to Adam Schiff’s secret chamber where he is running the unauthorized impeachment inquiry of @POTUS @realDonaldTrump. 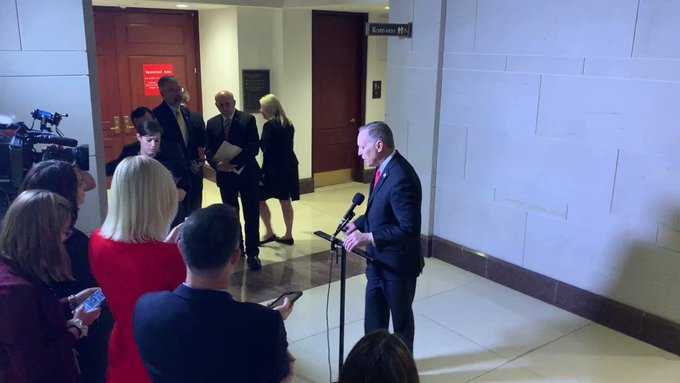 11K people are talking about this

On Monday, Rep. Matt Gaetz (R-FL), another member of the Judiciary Committee, tried to attend a hearing but was similarly forced to leave. He told Breitbart News that it took 45 minutes for the House parliamentarian to review whether he could stay for the hearing, which Schiff said he would subtract from the time Republicans had to question the witness.

Democrats are making up the rules as they go along.

This was not a secret meeting to mark up an energy bill — this was a secret meeting to discuss and query the reversal of the will of the American people.https://www.breitbart.com/politics/2019/10/14/matt-gaetz-democrats-barring-judiciary-committee-from-impeachment-inquiry-after-nadler-botched-results/ …

Gaetz slammed Democrats for barring members of the Judiciary Committee from attending impeachment inquiry hearings, after he was kicked out.

7,379 people are talking about this

Schiff on Sunday defended his decision to keep the hearings secret from the American people, saying he feared that Republicans would defend the president and that witnesses could compare answers to each other. He also likened the secret hearings to a “grand jury” — despite there being no crime involved.

Republicans also say that if the House holds a vote on the floor, it would trigger certain rights for Republicans, such as the ability to subpoena witnesses and afford more due process for the president.

Unfortunately, you have given no clear indication as to how your impeachment inquiry will proceed — including whether key historical precedents or basic standards of due process will be observed. In addition, the swiftness and recklessness with which you have proceeded has already resulted in committee chairs attempting to limit minority participation in scheduled interviews, calling into question the integrity of such an inquiry.

But House Majority Leader Steny Hoyer (D-MD) on Tuesday called a full House vote authorizing the inquiry not necessary, according to Politico.

The outlet reported that Pelosi and other top Democrats could not come to an agreement among themselves during discussions on Monday over whether to move forward with a full House vote. They had reportedly reached out to the most vulnerable members of the Democrat caucus to see if they would support a formal vote to authorize an impeachment inquiry against Trump.

The idea has been met with anxiety among some of the battleground Democrats, who fear it could distract from the agenda, multiple aides told Politico.