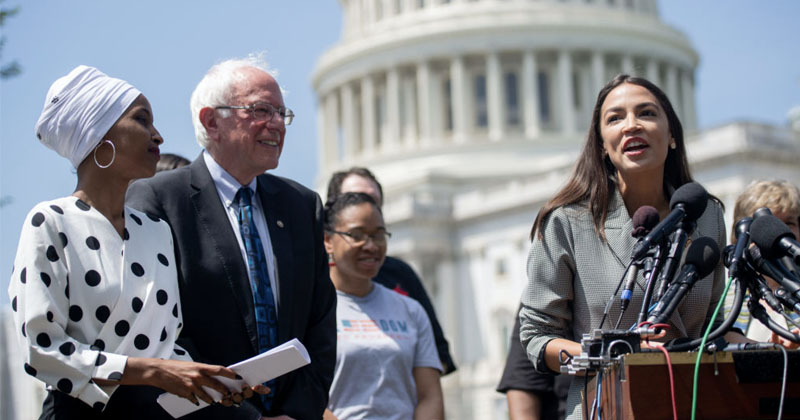 The outspoken far-left congresswomen known as “The Squad” are supporting socialist 2020 candidate Bernie Sanders for the Democrat nomination as his poll numbers lag behind Joe Biden and Sen. Elizabeth Warren (Mass.).

The Washington Post reported that Rep. Alexandria Ocasio-Cortez (D-N.Y.) – the leader of the Squad – will formally endorse Sanders for the Democrat nomination on Saturday.

Rep. Rashida Tlaib (D-Mich.) is also expected to make a formal announcement, according to CNN.

But Rep. Ilhan Omar (D-Minn.) has already voiced her support on Twitter and revealed that AOC and Tlaib are “on board” as well.

Proud to endorse @SenSanders for President, glad that @AOC and @RashidaTlaib are on board too. It’s time

Who won the night?

Announcement of coming endorsements from @AOC and @RashidaTlaib

Gonna have to give this one to @BernieSanders https://www.thenation.com/article/bernie-sanders-aoc-debate/?nc=1 …

5,465 people are talking about this

“Bernie is leading a working class movement to defeat Donald Trump that transcends generation, ethnicity and geography,” Omar said in a statement posted on Twitter by the Sanders campaign.

“I believe Bernie Sanders is the best candidate to take on Donald Trump in 2020,” Omar added. 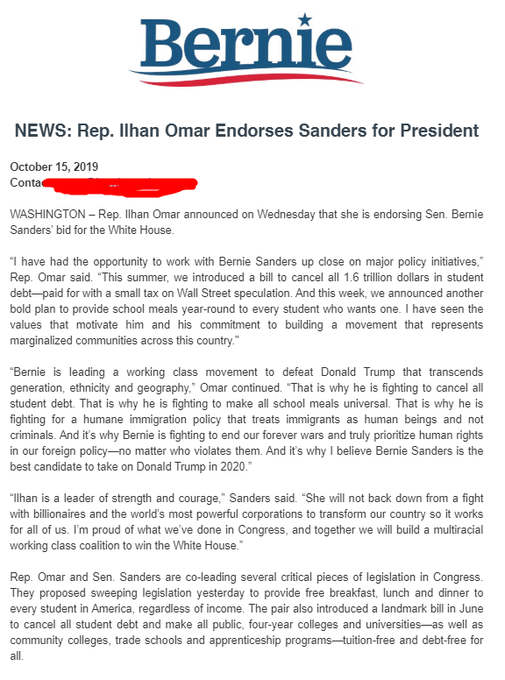 3,977 people are talking about this

The endorsements are unsurprising given The Squad is vehemently socialist like Sanders. Though Warren also represents the progressive wing of the Democrat Party, she has repeatedly said she is a capitalist.

.@BernieSanders isn’t fighting to win just one presidential election — he’s fighting for the soul of our democracy.

Here’s more on why I’m so proud to give Bernie my endorsement for president of the United States: 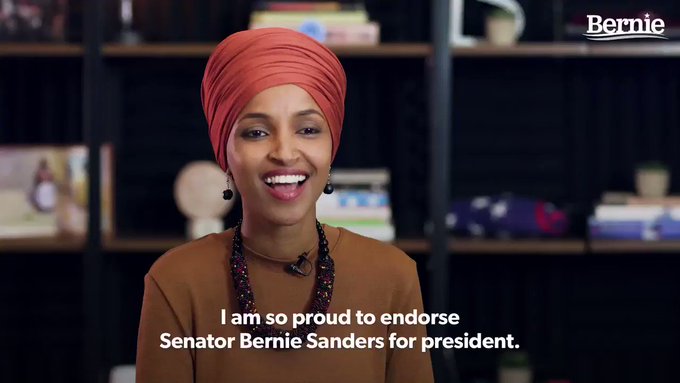 10.2K people are talking about this

Additionally, AOC and Omar have both worked with Sanders on legislation to totally eliminate student loan debt and cap credit card interest rates.

It’s unclear if Ayanna Pressley (D-Mass.), the least-known Squad member, will will follow along with the rest of the group’s endorsement, but it seems likely given they stick together on most other issues.

The endorsement isn’t without risk on The Squad’s part — 78-year-old Sanders was hospitalized after suffering a heart attack less than two weeks ago.

Likewise, the endorsements will solidify Sanders as THE far-left socialist candidate in the Democrat field, which could alienate independents and moderate Democrats in the general election should Sanders win the nomination.