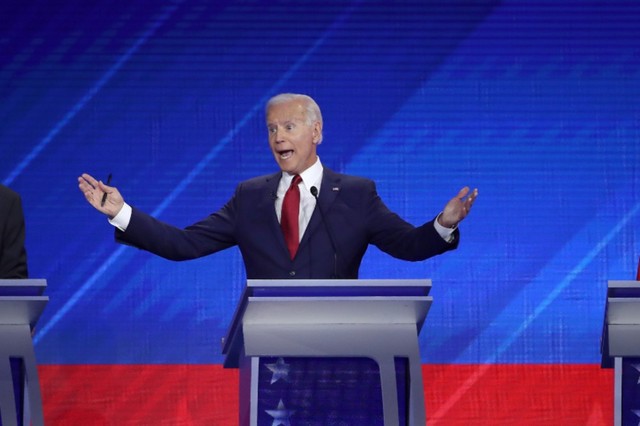 When asked about taxes, Biden said he would “eliminate” the capital gains tax, before correcting himself, saying he would increase it to 39.5 percent, doubling it

When asked about taxes, Biden said he would “eliminate” the capital gains tax, before correcting himself, saying he would increase it to 39.5 percent, doubling it.

What did Joe Biden say here? Anyone? No? Okay, that’s what I’m thinking too #DemDebate 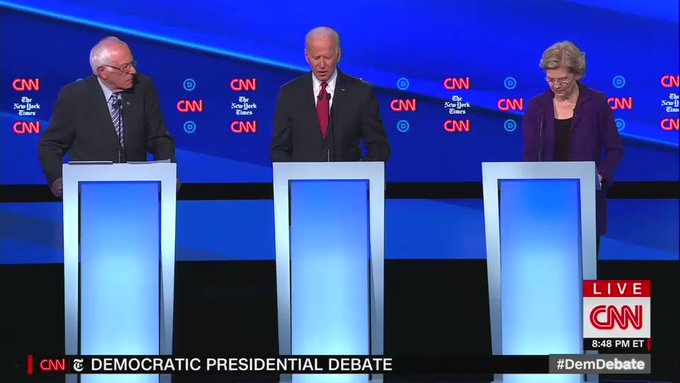 112 people are talking about this

“I would eliminate the capital gains tax,” he said, “that, I would, I would raise the capital gains tax to the highest rate of 39.5 percent, I would double it, because guess what? Why in God’s name should somebody who’s clipping coupons in the stock market make, in fact, pay a lower tax rate than someone who, in fact, is, like I said, a school teacher and a firefighter. It’s ridiculous, and they pay a lower tax.”

“We can eliminate it all,” Biden contended. “I could go into detail if I had the time. Secondly, I mean thirdly, what we need to do is we need to go out and make it clear to the American people that we are going to.”