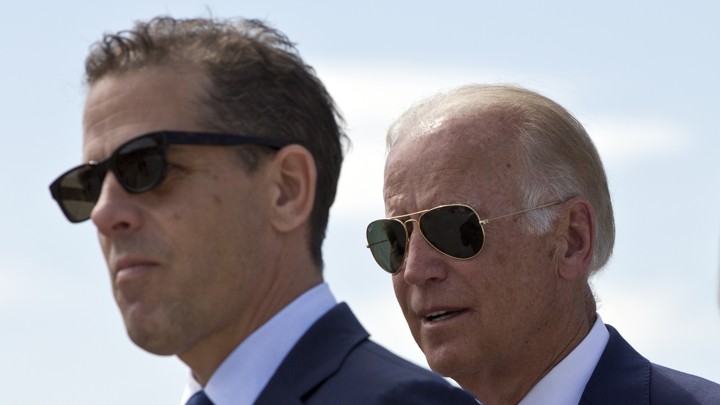 On Wednesday, CNN revealed the Biden campaign “did not rule out” reaching out to Google and YouTube as well.

The Biden campaign sent letters to Facebook and Twitter, demanding that they ban an ad by U.S. President Donald Trump’s re-election campaign.

Unlike CNN, the Times, Facebook, and Twitter have resited Biden’s effort to silence Trump’s assertion that Biden engaged in improper dealings with Ukraine while serving as vice president.

On Wednesday, Biden campaign staffers sent also sent a letter to the NYT complaining about its coverage of the former vice president’s alleged pattern of corruption in Ukraine, including the newspaper’s publication of an editorial by author and Breitbart senior contributor Peter Schweizer.

A spokesperson for NYT maintained that its coverage has been “fair and accurate.”

The newspaper will “continue to cover Joe Biden with the same tough and fair standards we apply to every candidate in the race,” it added.

“We’re happy to sit down with Biden advisers anytime to discuss news coverage,” the spokesperson declared.

The refusal by NYT, Twitter, and Facebook to put the lid on information about Biden’s link to corruption in Ukraine has angered the Biden campaign, prompting it to lash out.

Facebook rejected a request from Biden’s 2020 campaign to remove a video ad by Trump’s re-election campaign that highlights allegations of corruption against Biden and his son, Hunter.

In a statement, the social media platform said its decision is “grounded in Facebook’s fundamental belief in free expression, respect for the democratic process, and belief that in mature democracies with a free press, political speech is already arguably the most scrutinized speech there is.”

Irked by Facebook’s response, Biden campaign spokesperson TJ Ducklo called the reply “unacceptable” and said that the dissemination of “objectively false information to influence public opinion poisons the public discourse and chips away at our democracy.”

Ducklo did not explicitly comment on the substance of the ad’s accusations.

The video asserts that Biden threatened to withhold $1 billion in aid to Ukraine unless the eastern European country fired a prosecutor reportedly investigating an energy company. Hunter Biden served on the Ukrainian company’s board at the time.

Biden bragged on video about bullying Ukraine into firing the prosecutor.

On Wednesday, CNN obtained a letter from the Biden presidential campaign asking Twitter to reject what appears to be the same Trump re-election campaign ad.

The letter “acknowledges that the social media company has said the ad complies with its policies,” the news network noted. Nevertheless, the Biden campaign reportedly requested that Twitter “promptly reassess” that position.

Specifically, the letter calls on Twitter to make a distinction between the personal account of a politician and paid advertising content … Twitter has not responded to CNN’s request for comment. The move from Biden’s team appears to be part of a broad campaign to respond to Trump’s attacks on social media.

Last Monday, CNN refused to run the “Biden Corruption” ad, alleging  the video “does not meet our advertising standards.”

“In addition to disparaging CNN and its journalists, the ad makes assertions that have been proven demonstrably false by various news outlets, including CNN,” the network added in a statement.

House Democrats have launched an impeachment inquiry against President Trump, claiming he attempted to coerce his Ukrainian counterpart into investigating the corruption allegations against Biden and his son.

Trump and Ukrainian President Volodymyr Zelensky have denied the claim. The White House is refusing to cooperate with the impeachment investigation, saying it is a “partisan and unconstitutional” probe.