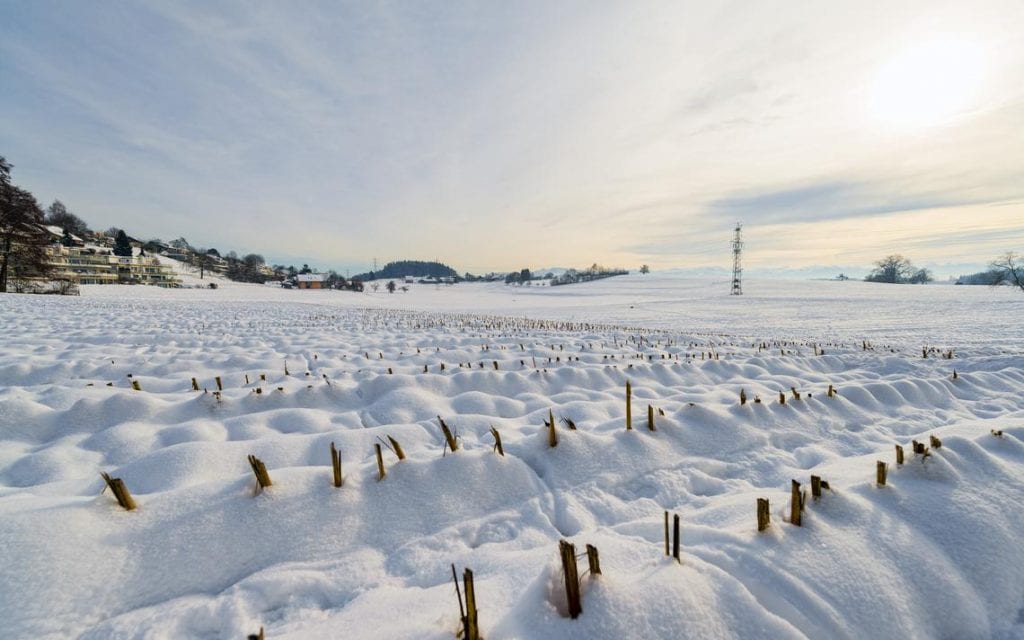 (Reuters) – A powerful snowstorm swept across parts of the central and northern U.S. plains in unseasonably cold temperatures and high winds on Thursday, forcing school closures and dozens of vehicle crashes on slick roads across the region.

The system was expected to produce up to 2 feet (61 cm) of snow in parts of central and eastern North Dakota and up to 10 inches of snow in portions of Nebraska, South Dakota and Montana through Saturday evening, the National Weather Service (NWS) said.

“It is significant, historic amounts for this time of year” in North Dakota, said NWS meteorologist Renee Wise.

The heavy, wet snow was accompanied by sleet and ice, making road travel treacherous if not impossible in some areas, the weather service said.

“It makes it more difficult to shovel and travel in. Some people were saying that with the snow on the roads this morning it was little bit like wet concrete mix,” Wise said.

Temperatures were forecast to dip into the teens while wind gusts were expected to reach 40 mph (65 kph) in parts of the region, the NWS said.

A blizzard warning was issued for communities in northern North Dakota from 10 a.m. Friday until 1 p.m. Saturday. The NWS said it expected three feet of snow and wind gusts to reach 60 mph, causing whiteout conditions and impassable drifts.

Winter storm, high wind and freeze warnings were also in effect for much of the U.S. Plains, from North Dakota south through Kansas and into Oklahoma and into northern Texas as of Thursday afternoon, with some warnings extending into Saturday.

In the Denver metro area, icy roads on Thursday caused dozens of crashes and semi-trucks to jackknife, closing some highways. Conditions were expected to worsen throughout the day as the city was expecting three inches of snow, the Denver Post reported.

The snowstorm forced schools to close in Denver on Thursday after schools were closed in Spokane, Washington, on Wednesday.

Some 136 flights were delayed and another 24 were canceled at Denver International Airport due to snow and ice, the online tracking site FlightAware.com reported.

(Reporting by Brendan O’Brien in Chicago)