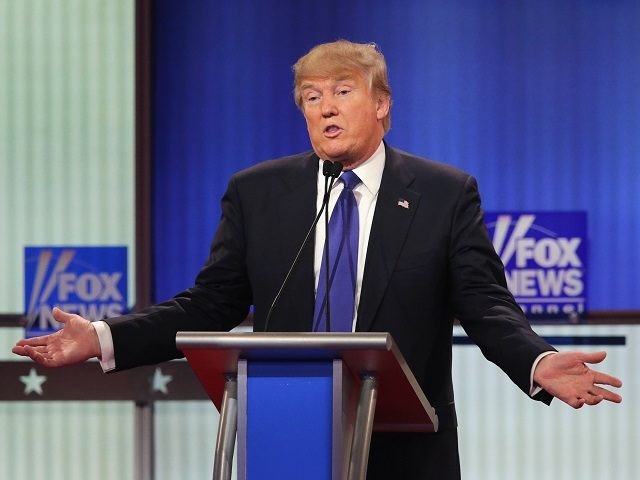 A Fox News poll published Wednesday shows a record 51 percent of respondents support the impeachment and removal of President Donald Trump, a nine-point increase from the news network’s most previous survey on July 19th.

The poll shows an additional four percent believe that the president should be impeached yet remain in office, while 40 percent expressed opposition to impeachment in general. Five percent stated they were undecided on the matter.

The poll comes as House Democrats are attempting to move expeditiously with an impeachment inquiry against President Trump over a partisan CIA officer mischaracterization the president’s summer telephone call with the leader of Ukraine in a so-called “whistleblower” complaint. Both the credibility of the so-called “whistleblower” and his complaint have come in question as the officer was revealed as a registered Democrat with a previous “professional relationship” with a Democratic presidential candidate, while his accusations are based on secondhand information.

His chief claim is that President Trump pressured Ukrainian President Volodymyr Zelensky to look into allegations of corruption against former Vice President and White House hopeful Joe Biden and his son, Hunter Biden. Both President Trump and Zelensky have vehemently denied any pressured was applied and the White House released a transcript of their call to illustrate no wrongdoing occurred.

As Breitbart News reported, questions regarding the Biden family’s activities in Ukraine and China continue to swirl:

In recent days, President Donald Trump has suggested China and Ukraine investigate alleged corruption committed by the Biden family. As Breitbart News extensively reported, Hunter Biden’s investment company scored a $1.5 billion investment deal with the Bank of China after traveling with his father on Air Force Two to the country in 2013. Further, then-vice president Biden forced out former Ukrainian prosecutor Viktor Shokin as he was investigating the gas giant Burisma Holdings, which was paying Hunter Biden $83,000 monthly as a member of its board, despite his lack of expertise in the energy sector. Biden later boasted before the Council of Foreign Relations last year that he had threatened to withhold $1 billion in U.S. aid unless the prosecutor was fired.

The Fox News poll found 43 percent support the notion that President Trump’s comments during the July 25th call with Zelensky were impeachable and 27 percent say that while they were inappropriate, they were not impeachable. Only 17 percent stated his comments were appropriate.

The poll surveyed 1,003 registered voters and was conducted by telephone between October 6th-8th.