China doesn’t have to invade America, it has already taken control over our politicians and cultural elite 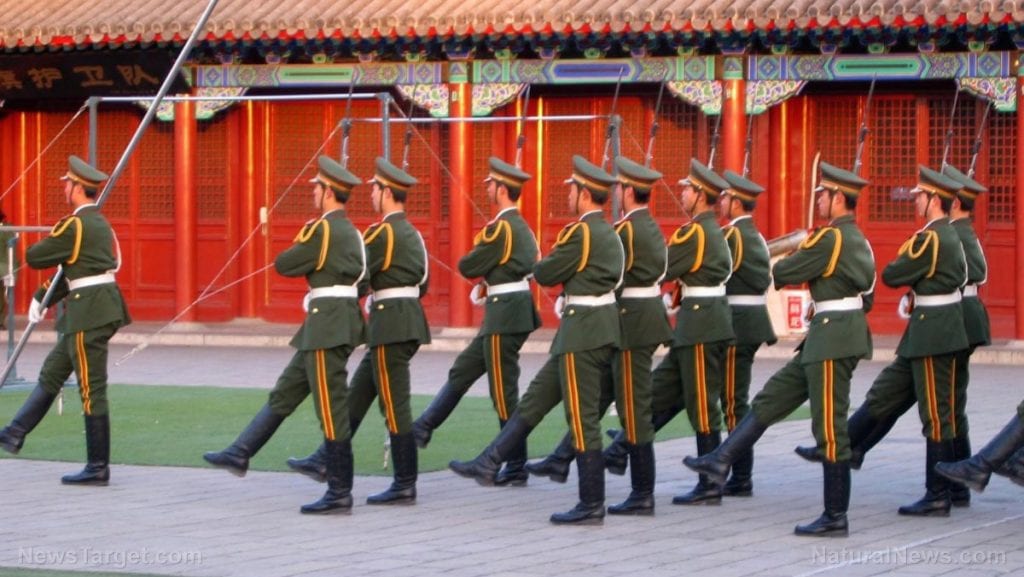 (Natural News) To most Americans who care about the long-term survival of our country and our way of life, Communist China represents the most direct and dangerous threat since the Soviet Union.

Armed with a growing arsenal of accurate nuclear missiles, an increasingly formidable military, and a growing economy, this country of some 1.4 billion people — 1.1 billion people larger than America — China is a revisionist power whose leaders seek to reinvigorate what was once a dominant culture a thousand years ago.

To do that, China must displace the world’s only true superpower — the United States, an objective the country’s Communist leaders have been working on for decades.

While ordinary Americans are resistant to Chinese pressures and influence, our ruling and cultural elite are not. In fact, they seem quite willing to allow the Chinese to have outsized influence over our country while undermining basic human rights guaranteed by our Constitution but denied to ordinary Chinese.

As The Gateway Pundit reported, on Saturday the owner of the NBA’s Houston Rockets, Daryl Morey, tweeted support for Hong Kong’s democracy protesters. Hundreds of thousands of people who live in that major Asian economic hub are resisting Beijing’s encroaching authoritarianism and have been making their voices heard through a series of protests that have been going on for weeks, despite China’s threats of a crackdown.

“Then all hell broke loose,” the site noted. “The Chinese Communist Party was outraged that a general manager to a U.S. professional basketball team would stand with democracy protesters over the Chi-coms.

Rockets general manager Daryl Morey and the NBA just backed down over a tweet which said “Fight For Freedom. Stand With Hong Kong.” because Communist China got pissed off. 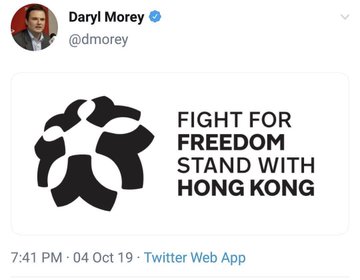 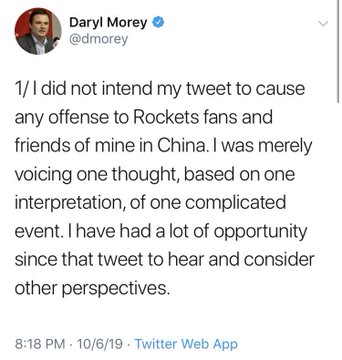 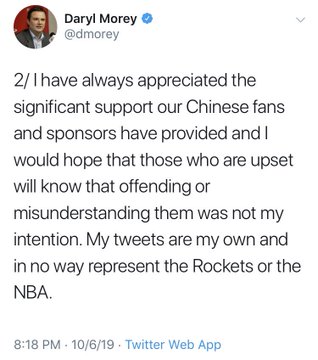 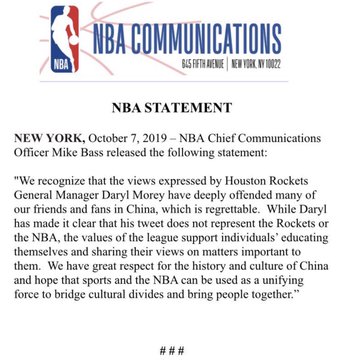 1,095 people are talking about this

Now, it seems, China’s Communist Party is in control over what American basketball team owners (and, it stands to reason) their players are ‘allowed’ to say when it comes to world political events.

It makes sense that China’s Communist dictators would come down on the side of authoritarianism; that’s what Communism is, authoritarian. Demanding. Punitive. Unforgiving.

But an American professional sports league, which thrives because our country is free and our people have liberty, should never cave into an entity that despises the very freedoms and liberties all humans should have.

Democrats have been assisting China’s rise for decades

The National Football League, by comparison, holds games in foreign countries but doesn’t sacrifice their players’ basic constitutional rights and liberties as Americans to do so.

All this said, the NBA caving to the Communist Chinese pales in comparison to what many Democrats have reportedly done.

Beginning back in the 1990s during the Bill Clinton administration, the then-president and his inner circle essentially prostituted themselves to the Communist Chinese government for campaign cash.

I’m glad the news media is pursuing the Trump–Russia scandal, but let’s not forget the differences between how they are covering Russia compared with how they reported a similar story — this one involving Communist China — that developed during Bill Clinton’s 1996 reelection campaign. The Washington Post reported in 1998 that “evidence gathered in federal surveillance intercepts has indicated that the Chinese government planned to increase China’s influence in the U.S. political process in 1996.”

In addition to donating money through straw figures to the Clinton campaign, the Chinese espionage apparatus was hard at work stealing military secrets from the Pentagon.

In fact, some believe that the Clinton regime actually transferred missile technology to China.

The primary reason why China is such a strategic competitor of the U.S. today is because the American Left has made it possible.