Even with French world record holder Mayer out of the way with a hamstring problem, it was far from smooth sailing for Kaul on a rollercoaster day that saw a different name at the top the leaderboard after each of the five events.

But it was the 21-year-old Kaul who stood on top of the podium at the end after winning the final event, the 1,500 meters, to record a score of 8,691 points and become the youngest ever world decathlon champion.

“I cannot really describe the feeling,” said Kaul. “I have no idea how it happened. I am not the best decathlete who competed here.

“I don’t think I’m the favorite for (next year’s) Tokyo (Olympics) because Kevin (Mayer) did 9,100 points … and is still the best decathlete there is in the world.”

Estonia’s Maicel Uibo took silver with 8,604, just as his wife Shaunae Miller-Uibo of the Bahamas did an hour earlier in the 400 meters.

Gold continued to elude Canada’s Damian Warner, who had to settle for third on 8,529. It was a disappointing end for Warner considering his trophy cabinet is already full of bronze and silver medals, including third place at the Rio Olympics and second and third finishes at the worlds.

Kaul had not figured in the medal discussion through the opening eight events then shot into contention with an astonishing throw of 79.05 meters in the javelin that brought a gasp from the largest crowd yet at the Khalifa Stadium.

The effort, almost seven meters more than the next best, vaulted him up to third.

With only 19 points separating the top three, it was all to play for going into the final event – the 1,500m.

“It was quite a big throw,” Kaul said with a smile. “I felt it in the run-up that this one is going to be a big one.”

With the clock now well past midnight, the group of weary decathletes stepped up to the line in a now nearly empty stadium with Warner, starting 15 points back of leader Uibo, racing to the front and leading through the opening lap.

But the Canadian could not maintain the pace as Kaul seized his chance and charged into the lead, powering home in a time of four minutes, 15.70 seconds. He was almost seven seconds clear of countryman Tom Nowak and more than 15 seconds ahead of a fading Uibo.

Leading after seven events, Mayer sent a gasp through a the stadium when on his first attempt at the pole vault he ran straight through the pit as he was unable to get airborne.

The big Frenchman then stopped, blew a kiss to the crowd, wiped a tear from his eye and sat down and buried his head in his arms.

Mayer suffered the injury in the first event of the day, the 110 m hurdles, when he was seen clutching left hamstring and grimacing as he crossed the line.

“I am not OK, but it will be fine,” said Mayer. “It was disappointing because I was leading but this is sport.

“Yesterday I had an injury with my right knee but today I was still able to do the hurdles and discus.

“It was very difficult.

“But then my left hamstring hurt and I had to stop.”

While Mayer’s medal hopes disappeared in an instant, Warner’s demise was slow and painful.

After finishing 20th in the discus and 15th in the pole vault, he found himself in a hole that he could not climb out of despite rebounding in the two last events.

“You just don’t know what to expect,” said Warner. “Crazy things can happen.

END_OF_DOCUMENT_TOKEN_TO_BE_REPLACED 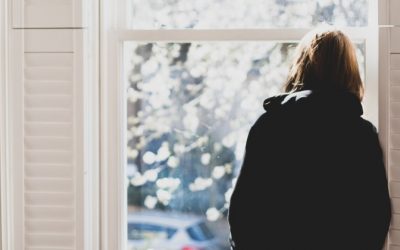