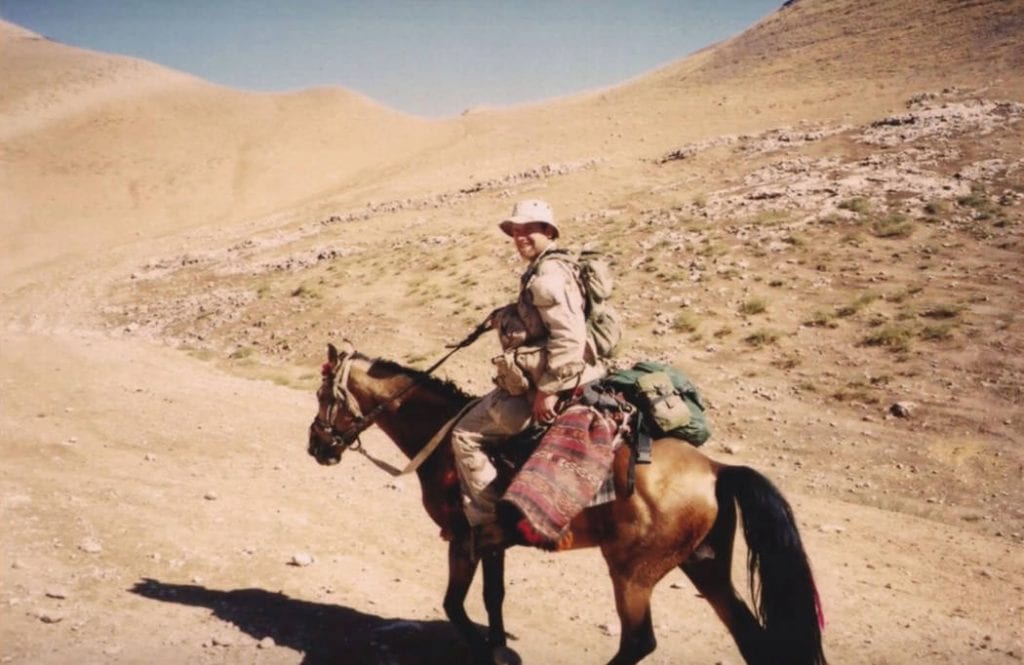 On the morning of 9/11, a member of the group that became known as the Horse Soldiers was training at Fort Campbell, Kentucky, responding to a mock terrorist attack. He had just returned from the Middle East.

Another member, in a different Army unit, was getting ready to deploy there on Oct. 1.

But, there it was, on CNN, in the mess hall.

The two were part of the first group of U.S. Army Special Forces soldiers sent to Afghanistan less than a month after 9/11, where they secretly entered the country on horseback to go to war against the Taliban.

A monument at ground zero in New York called “De Oppresso Liber” honors the group, which inspired the 2018 film “12 Strong.” Tuesday, they told their stories not only to veteran MGM employees but to a room of airmen from Nellis and Creech Air Force bases and the UNLV Rebel Vets.

It was a chat called “Whiskey and War Stories.” Afterward, they indulged in some whiskey from the distillery the two run with four other Green Berets.

MGM Vice President and Chief of Staff John Flynn, who also served in the Air Force and is a colonel in the Nevada Air National Guard, said the night was about sharing stories and camaraderie on the eve of 9/11.

“Not forgetting that we still have many service members on the ground in Afghanistan today,” he said. “It’s important for our veteran community to hear some of these great success stories and take those lessons learned and apply it to their daily lives.”

Pennington had spent about four years in the 1990s training at Nellis with other military branches.

That training proved worthwhile in Afghanistan, he said. Before they departed for a four-month deployment there, they had to quickly pack some essentials: toilet paper, ammunition, water, half a day’s worth of food, battery power for communications and a sleeping bag to share with three people.

Pennington said his medic survived that mission but was killed in Iraq.

“It was basically, ‘Go do that voodoo that you do so well,’” Pennington added.

“Who would volunteer for that mission? I think everybody, especially if you’re a veteran in here,” Neil said.

Pennington’s mission involved unconventional training and putting Afghan fighters into battle. Neil’s mission was to go behind the lines and kill or capture the Taliban generals. None of the teams knew what the others were doing, in case they were captured.

“For us, this was the pinnacle of the Green Beret,” Pennington said. “We are the only service in all of the military that actually trains in unconventional warfare.”

Had to learn to ride

Pennington had to learn to ride horses.

“My experience was the horse out in front of the Walmart that I would drop a couple quarters in,” he said.

In and near Afghanistan, his horse would buckle under the weight of the kit, his 235 pounds and the tied-down weapon.