The Trump administration’s year-long trade war with China, which has sapped business confidence, is threatening to derail the longest economic expansion in history.

Fed Chair Jerome Powell reiterated last week that the U.S. central bank would continue to act “as appropriate” to keep the expansion, now in its 11th year, on track. President Donald Trump on Wednesday renewed criticism of the Fed and urged policymakers to push interest rates down to zero or into negative territory.

“The Federal Reserve should get our interest rates down to ZERO, or less, and we should then start to refinance our debt,” Trump tweeted. “No Inflation! A once in a lifetime opportunity that we are missing because of Boneheads.”

The Labor Department said its producer price index for final demand edged up 0.1% last month as a jump in the cost of services offset the largest drop in the price of goods in seven months. The PPI gained 0.2% in July. In the 12 months through August, the PPI advanced 1.8% after increasing 1.7% in July.

Economists polled by Reuters had forecast the PPI would be unchanged in August and rise 1.7% on a year-on-year basis.

Excluding the volatile food, energy and trade services components, producer prices jumped 0.4% last month after dipping 0.1% in July, the first decline since October 2015. The so-called core PPI climbed 1.9% in the 12 months through August after increasing 1.7% in July.

“Underlying producer price pressures are quite modest and will not give Fed officials any confidence that there is any daylight yet in that long tunnel of stubbornly low inflation,” said Chris Rupkey, chief economist at MUFG in New York.

“We expect the soft patch for inflation and inflation expectations will allow Fed officials to give the White House the rate cuts it wants starting at next week’s meeting.”

The Fed, which has a 2% annual inflation target, tracks the core personal consumption expenditures (PCE) price index for monetary policy. The core PCE price index rose 1.6% on a year-on-year basis in July and has undershot its target this year.

The dollar <.DXY> rose against a basket of currencies on hopes of further stimulus from the European Central Bank on Thursday to boost the euro zone economy. U.S. Treasury prices largely fell.

Stocks on Wall Street were trading higher after China’s finance ministry said some U.S. goods would be exempted from additional retaliatory tariffs ahead of a planned meeting between trade negotiators.

RATE CUT IN THE BAG

Financial markets have fully priced in a rate cut at the Fed’s Sept. 17-18 policy meeting against the backdrop of simmering U.S.-China trade tensions, which have tipped both U.S. and global manufacturing into recession. The Fed lowered borrowing costs in July for the first time since 2008.

U.S. tariffs on Chinese goods were this month broadened to include consumer goods. There are fears the manufacturing downturn could spill over into the broader economy.

A separate report from the Commerce Department on Wednesday showed wholesale inventories increased slightly in July, suggesting inventory investment could remain a drag on economic growth in the third quarter.

The economy is being supported by robust consumer spending via a strong labor market.

In August, wholesale energy prices fell 2.5% after rebounding 2.3% in the prior month. They were weighed down by a 6.6% drop in gasoline prices, the most since January, which followed a 5.2% percent jump in July.

Goods prices declined 0.5% last month, also the largest drop since January, after rising 0.4% in July. Energy prices accounted for more than 80% of the drop in the cost of goods.

Wholesale food prices fell 0.6% in August after gaining 0.2% in the prior month. Core goods prices, excluding energy and food, were unchanged last month after edging up 0.1% in July.

“That suggests that any inflationary impact from tariffs has been offset by a weakening renminbi and substitution away from Chinese imports toward other low-cost producers in the region,” said Michael Pearce, a senior U.S. economist at Capital Economics in New York.

The cost of services increased 0.3% after decreasing 0.1% in July. Services were boosted by a 6.4% surge in the cost of guestroom accommodation such as hotels and motels, the largest gain since April 2009.

The cost of healthcare services rose 0.2% last month after edging up 0.1% in July. Hospital inpatient care prices increased 0.4% and the cost of doctor visits shot up 0.5%, reversing July’s 0.5% decrease.

But the cost of hospital outpatient care dipped 0.1%. Portfolio management fees increased 0.5% after rebounding 0.8% in July. Those fees and healthcare costs feed into the core PCE price index. 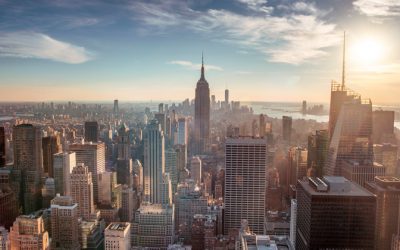 86% OF NEW YORKERS WHO DIED WITH CHINESE VIRUS HAD OTHER ILLNESSES, CONDITIONS

END_OF_DOCUMENT_TOKEN_TO_BE_REPLACED

U.S. Senator Bernie Sanders suspended his campaign for the 2020 Democratic presidential nomination on Wednesday in a conference call with staff, his campaign said in …