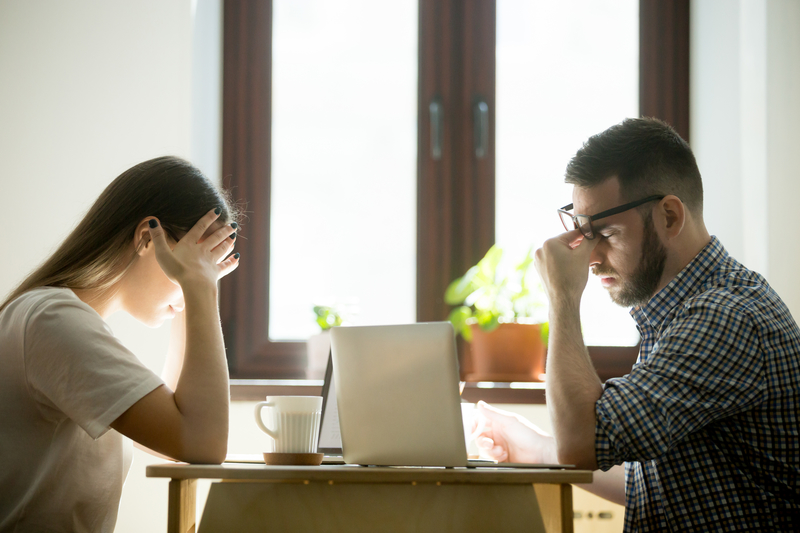 The cost of health care in the United States is a controversial topic. For many, health costs are a serious source of stress, particularly with a slumping economy and the potential for a recession on the horizon. Now, a recently conducted survey reveals some troubling truths about the impact financial stress is having on an entire generation of Americans.

According to a survey of 1,000 Americans aged 25-45, financial stress and worries are quite literally making people sick. Respondents listed health care as the main financial worry of their lives, and three in four admitted to having a “negative experience” due to financial stress. Ironically, 39% said that financial stress has had a negative impact on their health; indicating a troubling cycle of financial stress brought on by health care costs, which in turn leads to more health problems.

A running theme throughout the survey’s responses was that young Americans aren’t addressing their health needs due to the cost. Many respondents reported that this strategy only allows the illness to worsen, resulting in higher medical bills by the time they make it to the doctor’s office. In fact, three in four surveyed young adults reported taking “risky” actions to save money on medical expenses. More specifically, 33% delayed seeking medical help in the hope that their condition would just go away, 27% considered avoiding medical attention due to high deductibles, and 22% scheduled a medical appointment but never showed after considering the bill.

Beyond just seeking medical attention, this disturbing trend has also stretched into medications and therapy as well; 22% of surveyed young adults said they had purposely taken less than the recommended dose of a medication in order to prolong the time before they would have to pay for a refill. Another 21% said they stopped taking a prescription medication altogether due to its high cost, and 20% said they hadn’t followed through on a recommended physical therapy regimen because of the cost.

So just how serious is financial stress from health care costs? One in five (20%) young adults claimed that the high cost of health care has had an “extreme” impact on their overall wellbeing. Among that group, 48% said that high costs had caused them to skip seeking treatment altogether, 38% said it had caused them to go into debt, 43% reported being unable to amass any type of meaningful savings, 33% said they couldn’t afford to purchase medicine, 31% couldn’t contribute as much as they would have liked to their 401k, and 13% cited medical costs as the main reason they filed for bankruptcy.

A second survey was also taken, this time consisting of 1,462 older adults over the age of 50 with at least $50K or more saved in investable assets. The results showed that financial stress from health care costs are not unique to younger generations. Older Americans are feeling the financial squeeze as well, with 69% admitting that one of their top fears in retirement is accumulating too many medical bills that they will be unable to pay.

“Health care costs and related financial concerns are a common thread across multiple generations,” comments John Carter, president of Nationwide Retirement Plans and president and chief operating officer-elect of Nationwide Financial, in a statement. “In fact, our data illustrates a nearly universal truth when it comes to health care costs: these concerns last a lifetime. Although young and old agree they should be more proactive in addressing these concerns, they are missing easy opportunities to do so.”

Both surveys make it clear that Americans across multiple generations at least want to be better prepared for future health problems and retirement. Actually accomplishing that goal seems to be easier said than done, though. For example, 46% of the surveyed older adults who had already retired said they wished they had saved more during their lives, and 69% of surveyed young adults said they know that they need to take better care of themselves, both mentally and physically, so they can save on health care costs in the future. However, 50% of surveyed young adults say that in 10-15 years they will still look back and regret not taking better care of their health.

All in all, both surveys paint an especially grim picture of financial stress and health care in the United States and the effect both are having on millions of people. Perhaps most troubling of all is the observation that millions of Americans know they are neglecting their own health and setting themselves up for a stressful retirement, but simply don’t know how to change their situation.

Unfortunately, there is no easy, surefire way to guarantee one has enough savings and financial stability to cover any and all medical expenses in the future. That being said, Americans of all ages looking to get a leg up on their financial security should look into opening a health savings account (HSA) and take advantage of employer retirement programs.

The survey was conducted by the Nationwide Retirement Institute®.