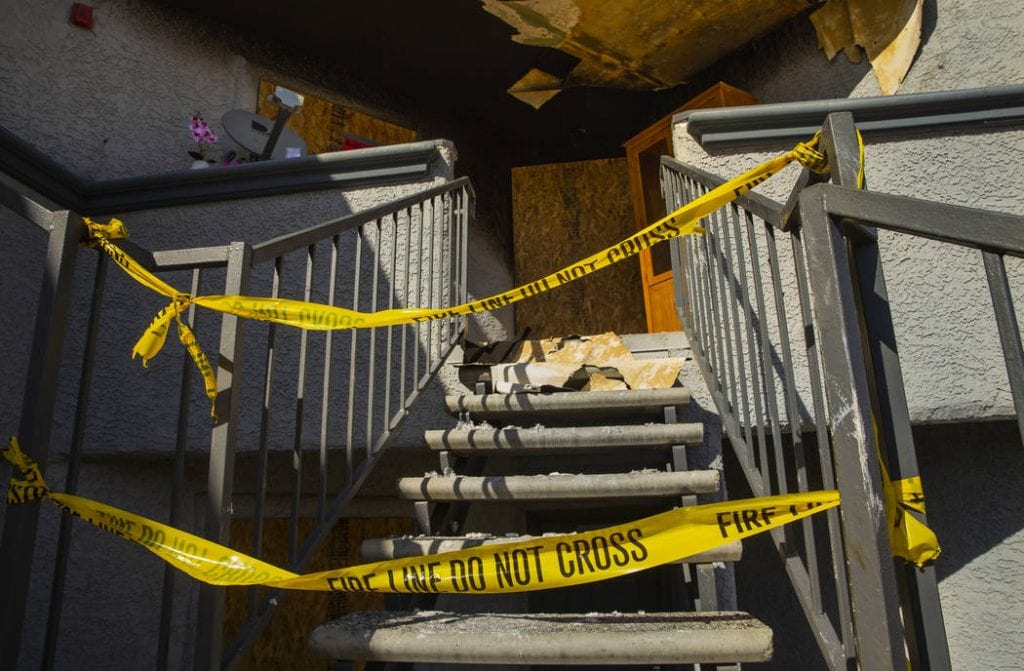 Candy Leach’s voice shook as she recalled being surrounded by fire crews early Saturday, watching in shock as her longtime neighbors were carried out of a burning building.

“I’m a nervous wreck, to be honest with you,” Leach told the Review-Journal Saturday afternoon outside the burnt apartment, the smell of smoke lingering in the air. “It was terrible watching them carry people out that didn’t make it.”

Two people died and another was injured in the fire at The Bristol at Sunset apartments, 2001 Ramrod Ave., near Mountain Vista Street and Sunset Road, according to Henderson spokeswoman Kathleen Richards. Emergency crews responded about 1:20 a.m. to find that “heavy smoke and fire” damaged multiple units in a two-story building.

A man and a woman were taken to Henderson Hospital, where they died. Another man was taken to University Medical Center and treated for smoke inhalation, Richards said. Three dogs also died in the fire.

Signs of the fire weren’t visible from the road inside the complex Saturday afternoon. It wasn’t until you rounded the corner behind Building 13 that the remains of fire-damaged furniture sitting on the sidewalk came into view.