A Hidden Gem on the Treasure Coast Turns 18! 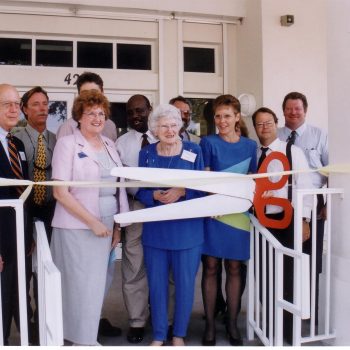 The Smithsonian Marine Ecosystems Exhibit at the St Lucie County Aquarium opened on Aug. 18, 2001 as a partnership between the Smithsonian National Museum of Natural History and St. Lucie County. In the 18 years since, it’s estimated that more than half a million people from all over the world have visited the aquarium including 75,000-plus school children that participated in education programs.

The Aquarium’s annual programs and festivals such as the Indian River Lagoon Science Festival, Aquarium After Dark, Marine Science in the Morning Lecture Series, public seining programs and children’s storytimes have become a staple of exceptional educational offerings in the Treasure Coast area. The aquarium also provides guided feeding tours of the aquarium every day.

The centerpiece of the Aquarium remains the Caribbean Coral Reef Ecosystem exhibit, a dynamic, biodiverse and large living coral reef. Parts of this reef were originally exhibited at the Smithsonian National Museum of Natural History and moved to Fort Pierce in 2001 when the aquarium opened. Each model ecosystem is designed to look and function as it would in the wild, making these exhibits one-of-a-kind in the Treasure Coast area.

Come see what makes the Smithsonian at the St. Lucie County Aquarium a hidden gem on the Treasure Coast and learn about our local marine life. The Aquarium is open Tuesday-Saturday from 10 a.m. to 4 p.m. and Sundays from noon to 4 p.m. A list of upcoming programs can be found on our website at www.stlucieco.gov/Aquarium. Make sure to follow us on Facebook and Instagram for daily updates – there’s always something exciting happening at the Aquarium.