All hands are on deck – including the state police and FBI – for planned protests expected to take place Saturday in Portland, Oregon.

The rally – dubbed “The End of Domestic Terrorism” – will take place in the city Saturday and is expected to draw Antifa counterprotesters. One of the organizers of the event, Joe Biggs, said he helped organize it as a response to the violent Antifa protests that broke out in the city on June 29, which resulted in the hospitalization of journalist and editor of Quillette, Andy Ngo: 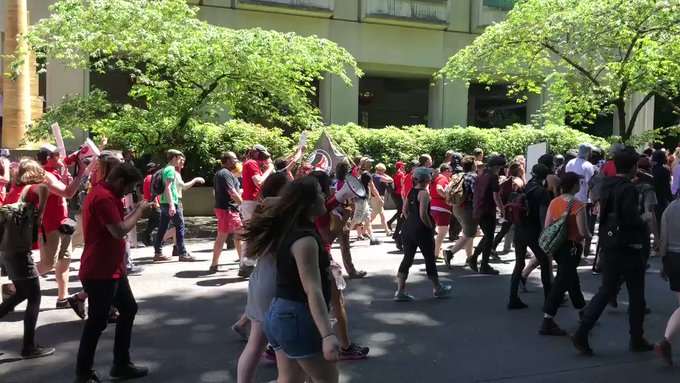 First skirmish I’ve seen. Didn’t see how this started, but @MrAndyNgo got roughed up. 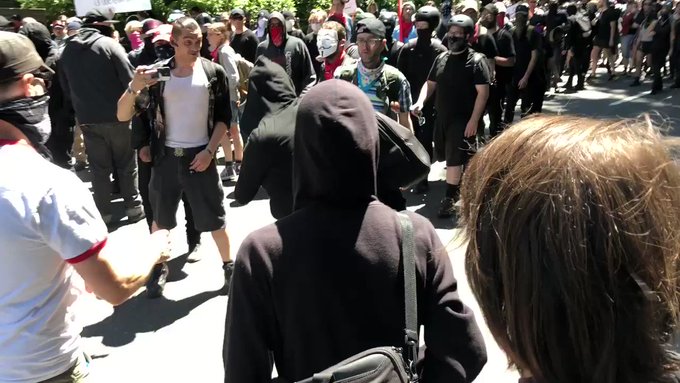 15.8K people are talking about this

“That group of antifa there in Portland needs to be exposed for who they are,” Biggs told the Associated Press Tuesday. “And guess what? They should be scared.”

A strong police presence is expected, with the city’s police force reportedly receivingadditional support from the Oregon State Police and FBI, according to Fox News. Many other departments remain on standby:

Wanted to express our sincere appreciation to the many partner agencies standing by to help. 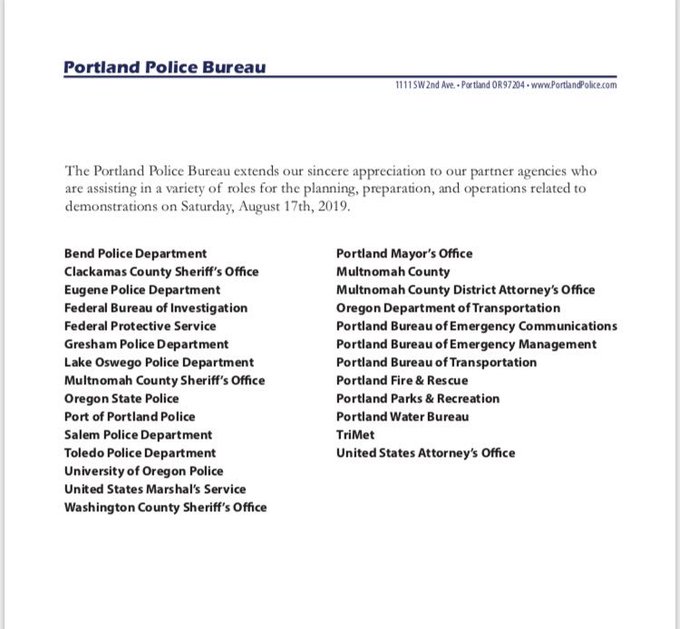 58 people are talking about this

And many other partner agencies to make sure we have all the resources needed to be ready.#AUG17TH

280 people are talking about this

A 5K race scheduled for Saturday was moved to avoid any violence, and an Irish bar that’s a city institution canceled an amateur boxing event that expected 500 spectators. Other businesses plan to close on one of the last weekends of the city’s peak tourist season.

One rally is being organized by a member of the controversial Proud Boys. Others are expected to include members of the American Guard, the Three Percenters, the Oathkeepers and the Daily Stormers.

Cement barriers along Waterfront park in Portland- not to keep protesters apart but to keep someone in a vehicle from slamming in to the crowds expected here tomorrow. Your thoughts? 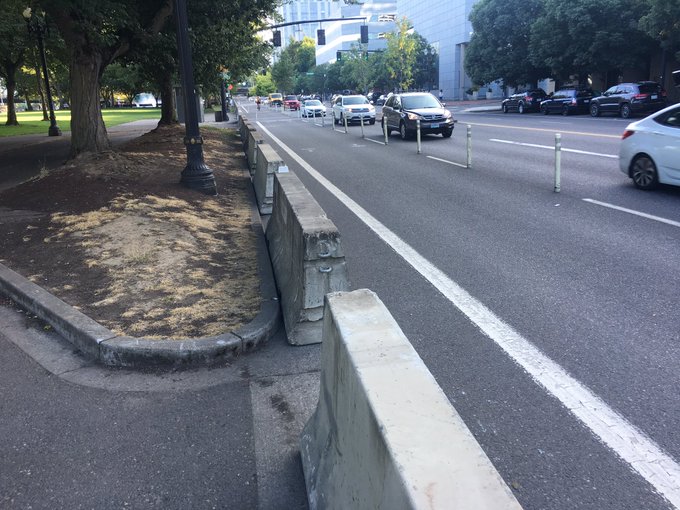 68 people are talking about this

Ngo tweeted a warning Friday of the potential violent clashes, noting their “potential to be a powder keg.”

“Tomorrow’s antifa vs. right-wing protests have the potential to be a powder keg. The event looms in the shadow of recent mass shootings by the antifa & far-right ideologues,” he wrote. “Police seem to be at a breaking point”:

Tomorrow’s antifa vs. right-wing protests have the potential to be a powder keg. The event looms in the shadow of recent mass shootings by the antifa & far-right ideologues. Police seem to be at a breaking point. 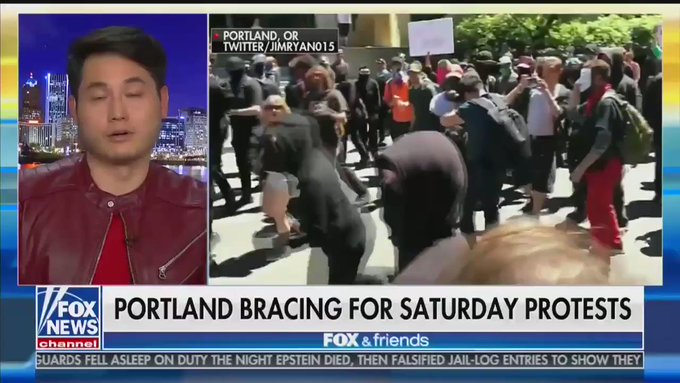 1,619 people are talking about this 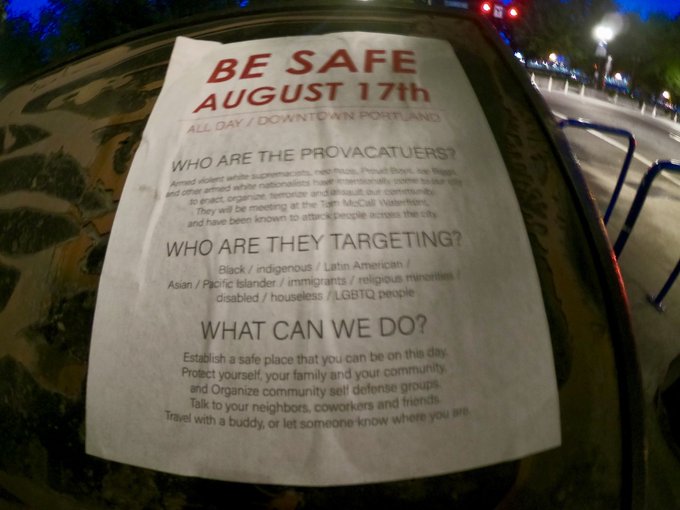 3,328 people are talking about this