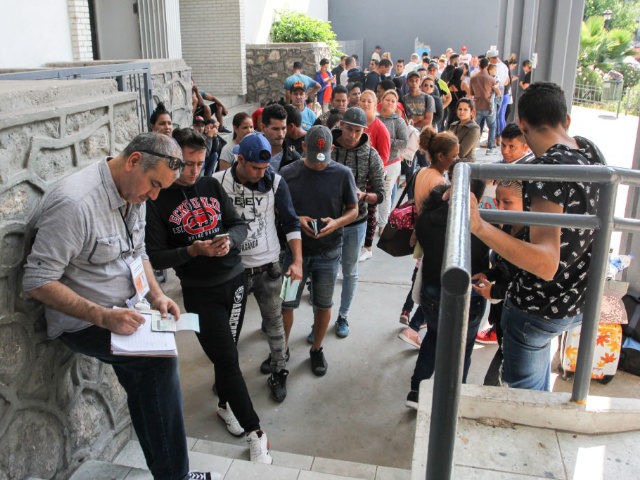 Pete Buttigieg says he will aid families in rural America by importing more migrants — even though mass-migration policies are already pulling wealth and young Americans from rural areas into major cities.

His August 13 plan, titled “Investing in an American asset: Unleashing the Potential of Rural America,” says:

Pete will create a new, place-based Community Renewal visa to provide opportunities for people who want to move to America and help build our economy where they are needed most and where they will do well. These visas will be targeted toward counties that have lost prime-working-age population over the last 10 years, and smaller cities that are struggling to keep pace economically with larger cities.

The population change plan is explicitly based on a proposal by seven investors who formed the Economic Innovation Group to promote greater immigration onto real estate outside the major cities.

The investors’ say their “Heartland Visas” would add to the current inflow of roughly one million legal immigrants each year and would expand the labor supply and housing demand in communities around the nation. “A place-based visa program would allow mutually-advantageous matches to be made between skilled immigrants and places wishing to attract more human capital,” according to EIG’s investors.

Immigrants are so crucial to South Bend Mayor Buttigieg — and to his donors — that they are celebrated in the first paragraph of his plan. Actual Americans are described as “descendants of earlier waves” of immigrants:

Rural America is vital to our country’s past, present, and future. It is the main source of food and energy for our country. Our economy depends on its abundant natural resources. New generations of immigrants from all over the world are joining descendants of earlier waves from places like Germany, Italy, and Ireland to create a strong American workforce in rural communities across the country.

The current immigration policy allows investors based along the coasts to invest their funds and create jobs in nearby coastal cities because the federal government always provides them with more imported labor. The endless fly-in of foreign workers means investors do not have to invest in the Heartland towns and cities where American families are producing the nation’s next generation of young blue-collar and white-collar American graduates.

Mass immigration breaks the marketplace incentive for coastal investors to create jobs wherever Americans emerge from schools and colleges. Why bother to create new jobs in distant Kentucky when the next flight from India is landing at nearby Los Angeles International in ten minutes?

The EIG investors’ plan has been touted by pro-migration groups, such as the New York Times:

City managers in upstate New York are competing for a bigger share of government-supplied immigrant workers.|

43 people are talking about this

Buttigieg’s endorsement of the EIG to send more workers to the Heartland states will make little difference to this wealth transfer from small towns to the coasts, in part because the foreign people who get “Heartland Visas” will be free after a few years to move themselves and their families out to the coasts and the major cities.

The EIG plan seems to expect this pro-city trend when it describes the likely gains in several old cities: Detroit, Buffalo, and Baltimore.

There is little evidence that the temporary stay of migrants in Heartland towns can fix the problems that Buttigieg’s promises to fix:

Our government too often treats rural America as an afterthought, and it shows. Rural Americans today die younger than urban Americans.1 Farm income has plummeted, more workers are sinking into poverty, and job growth is lagging compared to urban areas. Opioids are ravaging a generation. Access to quality health care, including mental health care, is often literally out of reach. Parents are wondering if their kids will have the opportunity to thrive where they grew up. For many young people the answer is “no,” and they are fleeing to cities to find jobs.

Buttigieg’s promise of more migrants for rural areas is also accompanied by his promise of yet more wage-lowering, rent-raising amnesties and migration for the rest of the nation:

Common sense immigration reform must include a pathway to citizenship for immigrants living, working, paying taxes, and contributing to our American story, including DREAMers; resources to end the backlogs in our lawful immigration and asylum processes; and reasonable security measures at the border.

By promising more migrants, Buttigieg would pressure rural employers to competitively hire healthy new migrants and to fire less productive Americans. That process was recently spotlighted by the federal raids on poultry processing plants in Mississippi, where managers hired healthy, compliant migrants instead of hiring the remaining locals who could not get other jobs:

Many Americans are already working in chicken processing factories, and more will take the jobs when low-wage illegals are sent home and the starting wages are pushed up. Another win for Econ 101: supply & demand. http://bit.ly/2Z0Wkk3

34 people are talking about this

Buttigieg’s anti-American hiring pressure would be exacerbated by Buttigieg’s promise of a $15 minimum wage: “Pete strongly endorses the Raise the Wage Act, 13 of which an important part is ending the subminimum wage for disabled workers and ending the tipped minimum wage.” Small companies usually earn small profits so they would be penalized if they kept unproductive American staff at $15 an hour. That high wage would incentivize companies to compete by shedding unhealthy, older, and slower Americans.

Other steps Buttigieg promised would also pressure and incentive employers to hire illegals:

Restore overtime regulations that would protect 8 million more workers across the country, including nearly 1 million in rural areas … Pete will set up a national system of paid sick leave and will work to pass the FAMILY Act to create a national paid family and medical leave fund … Expand worker protections for farm workers and domestic workers.

Some parts of his plan would help rural areas, for example, by strengthening antitrust enforcement so farmers have a fair market where they can buy and sell seeds and produce a deal with the nation’s huge but few agricultural companies. He also promises to pay farmers to participate in conservation programs:

Support agriculture and significantly invest in R&D as a powerful solution to climate change, including through soil carbon sequestration. Pete will invest nearly $50 billion over a decade in innovative research in soil technology, plant and animal health, food safety, nutrition and health, and natural resources, to promote a healthy environment for future generations.

Other elements that are part of his rural program — more apprenticeships, grants for students, higher salaries for rural teachers, better Internet access — may help but will do little to close the economic gap between small towns and immigration-bloated cities:

Sen. Cory Booker called for more low-skilled immigration Wednesday night as he tried to cut down Joe Biden in the Democrats’ 2020 race.

22 people are talking about this

Each year, roughly four million young Americans join the workforce after graduating from high school or university. This total includes about 800,000 Americans who graduate with skilled degrees in business or health care, engineering or science, software or statistics.

The government also prints out more than one million work permits for foreigners, tolerates about eight million illegal workers, and does not punish companies for employing the hundreds of thousands of illegal migrants who sneak across the border or overstay their legal visas each year.

This policy of inflating the labor supply boosts economic growth for investors because it transfers wages to investors and ensures that employers do not have to compete for American workers by offering higher wages and better working conditions.

The cheap-labor economic strategy also pushes Americans away from high-tech careers and sidelines millions of marginalized Americans, including many who are now struggling with fentanyl addictions.

The labor policy also moves business investment and wealth from the Heartland to the coastal cities, explodes rents and housing costs, shrivels real estate values in the Midwest, and rewards investors for creating low-tech, labor-intensive workplaces:

21 people are talking about this