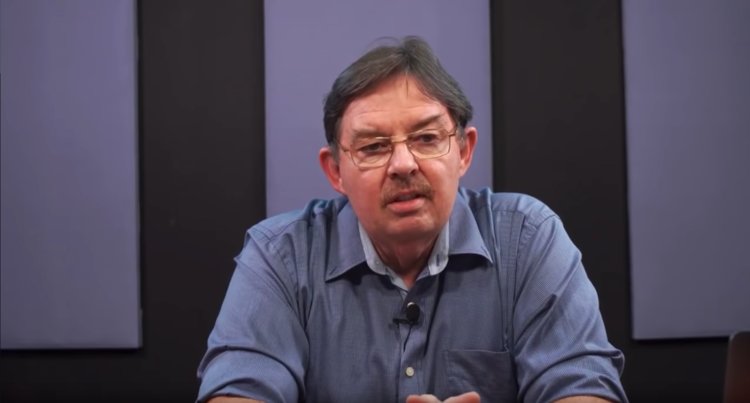 By The Gateway Pundit

The owner of the anonymous message board 8Chan, Jim Watkins, has unequivocally stated that the manifesto which was said to have been posted by the El Paso Walmart shooter on his website was not actually posted by the killer.

Just moments before the deadly shooting in El Paso on Saturday, a sinister four page long manifesto was posted to 8Chan by someone who claimed to be the shooter.

However, Watkins, an Army veteran, asserted that the shooter actually posted on Instagram prior to the attack — and whoever uploaded the manifesto to 8Chan was not the person who committed the heinous act.

“First of all, the El Paso shooter posted on Instagram, not 8Chan. Later, someone uploaded a manifesto. However, that manifesto was not uploaded by the Walmart shooter,” Watkins asserted in his video statement. “I don’t know if he wrote it or not, but it was not uploaded by the murderer. That is clear, and law enforcement was made aware of this before most people had even heard the horrific news.”

Watkins asserted that though his platform is known for being a bastion of free speech, they have never and will never protect illegal speech.

On Sunday, a campaign went viral to get hosting companies to ditch 8Chan over the manifesto turning up there. Cloudflare, a web security company, also announced that they would be dropping 8Chan. Watkins said that the move to target his website’s hosting is political.

Some of you might’ve read the @Cloudflare news already. They’re dropping 8chan. https://blog.cloudflare.com/terminating-service-for-8chan/ …
There might be some downtime in the next 24-48 hours while we find a solution (that includes our email so timely compliance with law enforcement requests may be affected).

The mass shootings in El Paso, Texas and Dayton, Ohio are horrific tragedies. In the case of the El Paso shooting, the suspected terrorist gunman appears to have been inspired by the forum website…

3,425 people are talking about this

The message board, according to Watkins, has over a million users who post anonymously on the platform. It gained much notoriety from being the home base of the “Q Anon” theories.

Watkins said that they are continuing to work with law enforcement and working to keep his site active.

END_OF_DOCUMENT_TOKEN_TO_BE_REPLACED

A federal appeals court on Friday threw out a lawsuit by children and young adults who claimed U.S. government climate policy put their future in …

END_OF_DOCUMENT_TOKEN_TO_BE_REPLACED

The best-laid plans of Democratic presidential contender Bernie Sanders were upended this week – and his campaign is struggling to get back on track.