When Battlefield Surveillance Comes to Your Town 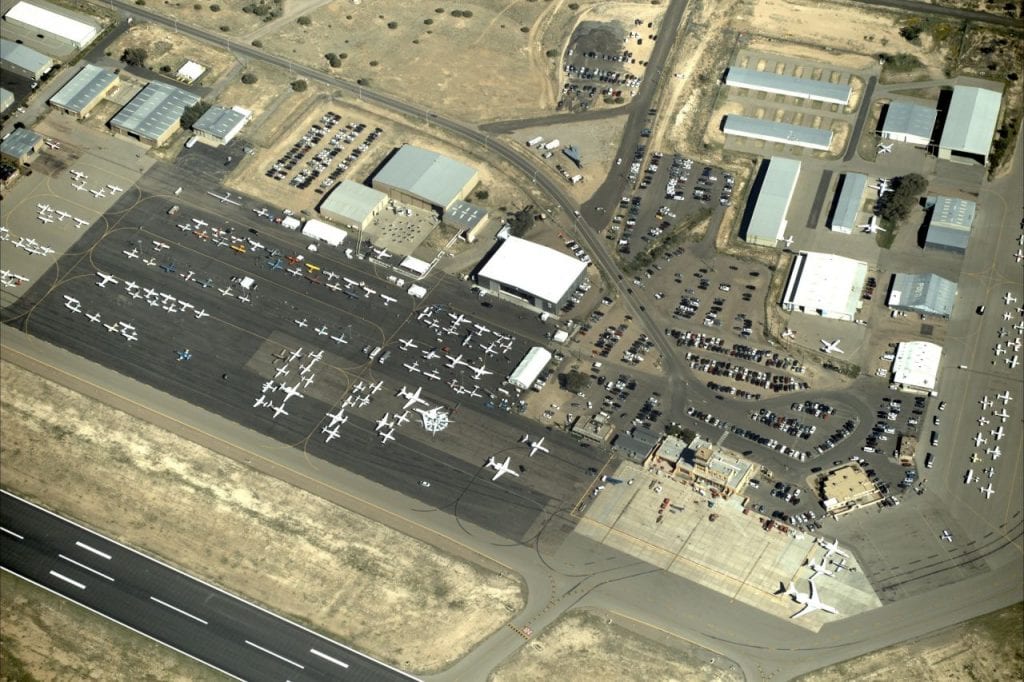 All-seeing 24/7 video surveillance technology, first developed for use in war, is now affordable enough to be used domestically to fight crime and terrorism. Some lawmakers are wary.

Over a period of three months in 2016, a small aircraft circled above the same parts of West Baltimore that so recently drew the ire of President Trump. Operated by a company called Persistent Surveillance Systems, the plane was equipped with 12 cameras which, at 8,000 feet, could take in 32 square miles of city in minute detail.

This system is an update of one originally designed for the Air Force, which was used in Iraq to provide aerial intelligence to Marines as they rolled into Fallujah, says Ross McNutt, founder and president of Persistent Surveillance Systems. Only this time, it was being used to catch criminals in the U.S.

Across 300 hours of flight time, the system captured 23 shootings, five of them fatal. In some instances, detective could use this 192-megapixel gods’-eye view to trace suspects to their getaway cars, then rewind to points when those cars had passed in front of one of the city’s 744 closed-circuit cameras.

Mr. McNutt argues that this system could reduce crime in Baltimore by up to 30%. There’s no research to back up that claim, only a 2017 review by the National Police Foundationrecommending further study.

Persistent Surveillance Systems’ trial in Baltimore was only disclosed to the public two weeks after its initial phase was completed, which led to an uproar and backlash. Now, some activists and community leaders want it to come back—after all, as of 2017, Baltimore has the highest per-capita murder rate for a large city in the U.S.

Mr. McNutt says he’s eager to return to Baltimore, and that his efforts there would be funded by Texas philanthropists interested in data-driven approaches to crime prevention. Scholars say that aerial surveillance by police and private firms alike is legal in some circumstances but not in others—and that this area of law remains unresolved. In this case all that would be needed, Mr. McNutt says, would be the blessing of the city’s mayor, Bernard Young. But the mayor is not interested in pursuing this technology, says a spokesman for his office.

Other mayors may soon have to make similar decisions. This technology, broadly known as wide-area surveillance, addresses the problem of police not being able to get to where they’re needed when they’re needed. It’s rapidly falling in price, and finding a variety of new applications.

So far, local law enforcement has been wary of the potential political blowback of using drones for persistent surveillance, but drones aren’t strictly necessary. Many of our cities are blanketed by surveillance cameras monitoring a specific area—New York City has more than 8,000 of them. Most wide-area surveillance tech fits somewhere between CCTV cameras and all-seeing eyes in the sky.

With enough cameras, these systems could produce explorable, three-dimensional maps, where analysts could follow persons of interest as if a drone were hovering over them at all times, says Arthur Holland Michel, founder of the Center for the Study of the Drone at Bard College and author of “Eyes in the Sky,” a book about this technology. The question is, will privacy-minded citizens accept it?

Companies like Aqueti Inc. are now selling cameras that are mounted on buildings, where they can gaze down like Batman on huge swaths of a city. Aqueti’s cameras are currently being tested in the U.S. by a public transportation system and on a university campus.

These cameras can be equipped with built-in AI that can count people and vehicles, and their data can also be streamed to services that can be used to search feeds for anomalous behavior by people and vehicles, or for arbitrary things like everyone wearing a blue T-shirt who’s walking in a certain direction, says Scott McCain, CTO of Aqueti.

Massachusetts Institute of Technology’s Lincoln Labs in 2019 licensed wide-area surveillance technology—originally developed at Pacific Northwest National Laboratory—to a private company called Consolidated Resource Imaging. The resulting camera clusters have multiple lenses and up to a 360-degree field of view. Each cluster generates enormous panoramic images that allow analysts to zoom in virtually on any area of interest.

The Department of Homeland Security is responsible for ensuring the safety of professional football stadiums, and as such, was instrumental in getting a test system installed at CenturyLink Field in Seattle. On the stadium’s exterior, two sensors—each consisting of 16 cameras—peer out at the parking lot that surrounds the stadium and the main road next to it. The cameras have been active 24/7 for 15 months. They have helped stadium security identify and intercept suspicious individuals, CRI founder and president Nathan Crawford says. They retain a month’s worth of recordings at a time.

Multiple federal and state agencies have conducted tours to familiarize themselves with the technology, and DHS plans to roll the cameras out across all National Football League stadiums, he adds. (Although NFL benefits from the stadium security measures, the league is not responsible for deploying them, and declined to comment.)

These systems generate the kind of visual data that can be parsed by AI, says Mr. Crawford. The ultimate goal is to spot suspicious behavior, triggering an alarm before a crime actually happens—no psychics necessary.

These cameras used to cost a half a million dollars, but their price has fallen to between $82,000 and $140,000, and the next version will cost half that, says Mr. Crawford. Because these are DHS contracts, the technology must be mostly made in the U.S. If CRI could use Chinese components, they would only cost only $30,000.

While they’re a harder sell, drones aren’t out of the picture either.

Precision Integrated Programs, a private company in McMinville, Ore., recently purchased four camera systems from a company called PreVision Corp., each of which weighs less than five pounds and can be mounted on a drone that weighs less than 25 pounds, says company president Matt Parker. At an altitude of 3,000 feet, each drone can view one square kilometer at a time. Precision plans to use the cameras for applications ranging from wildlife protection to overseas U.S. Department of Defense contracts. 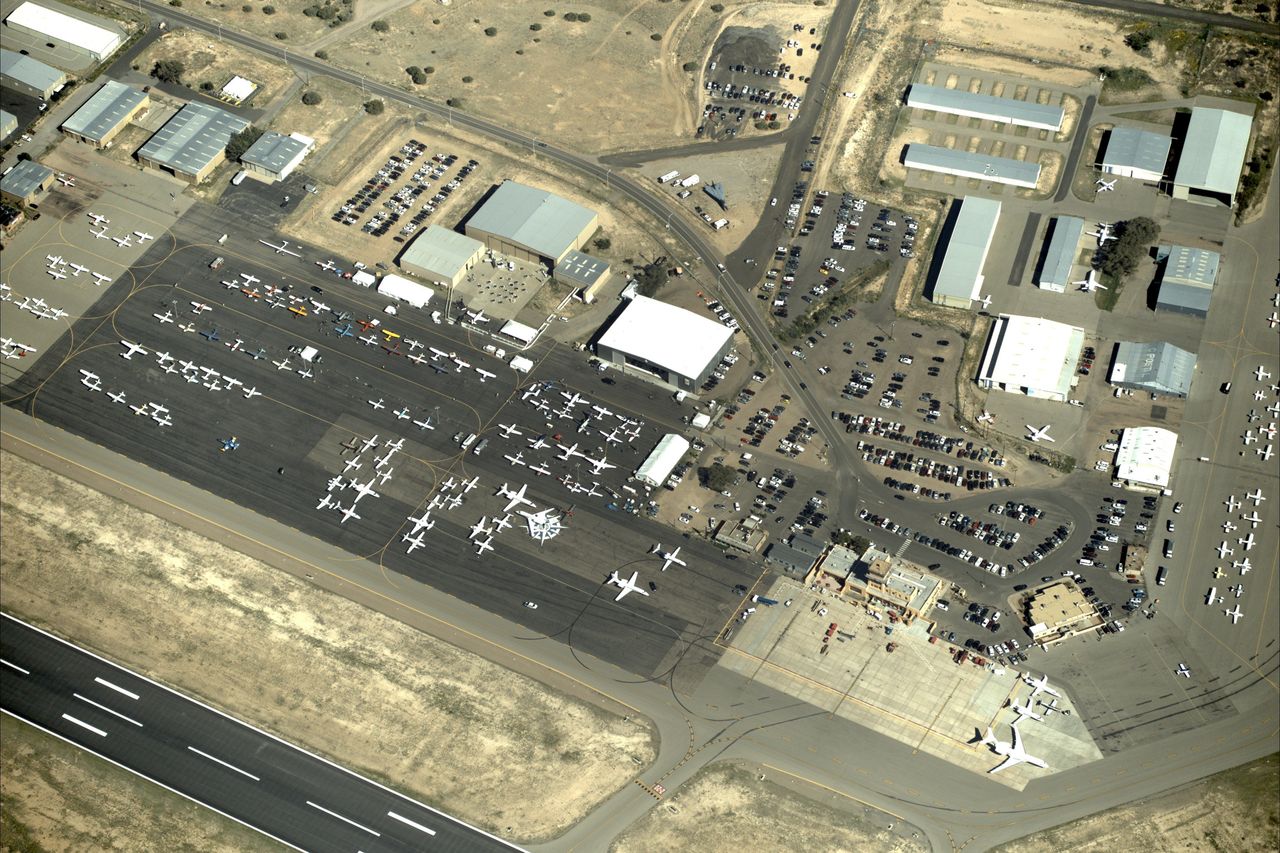 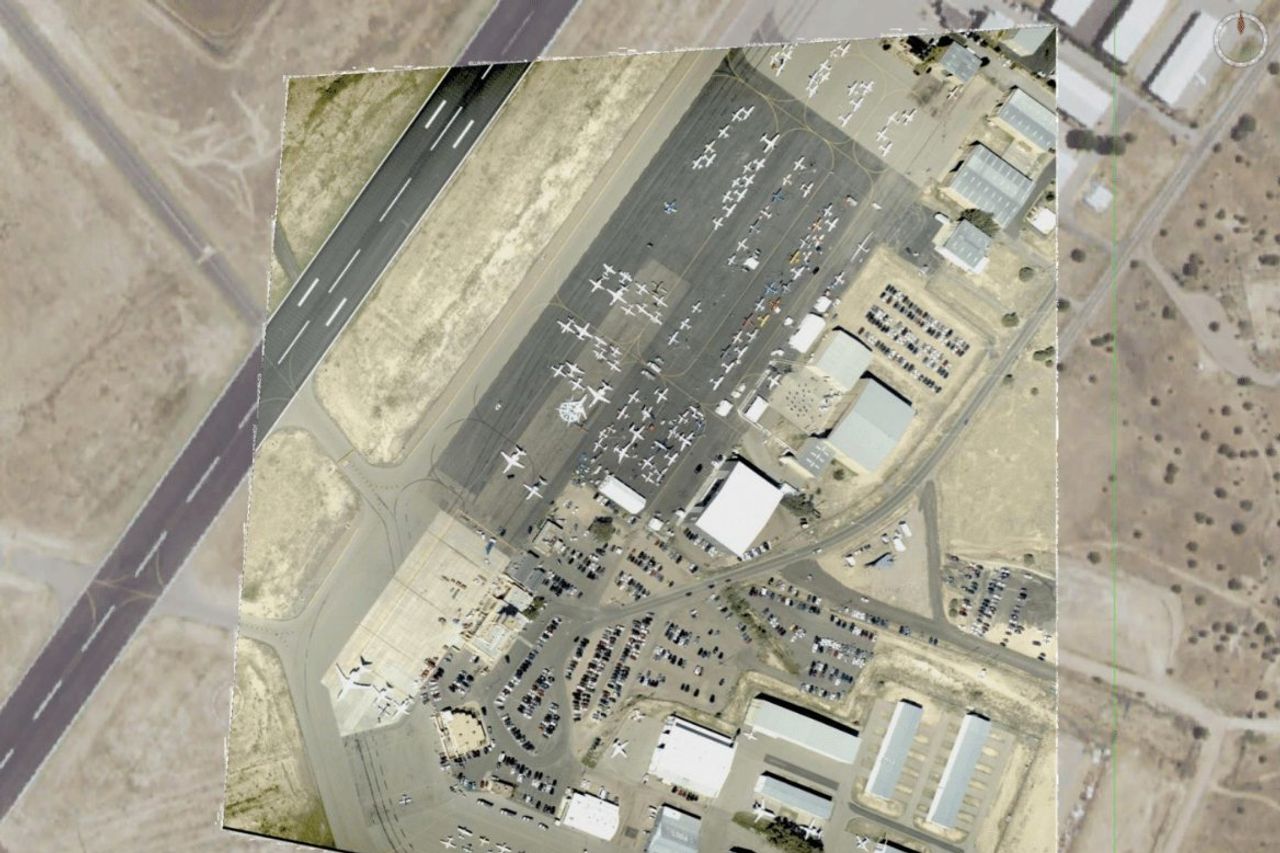 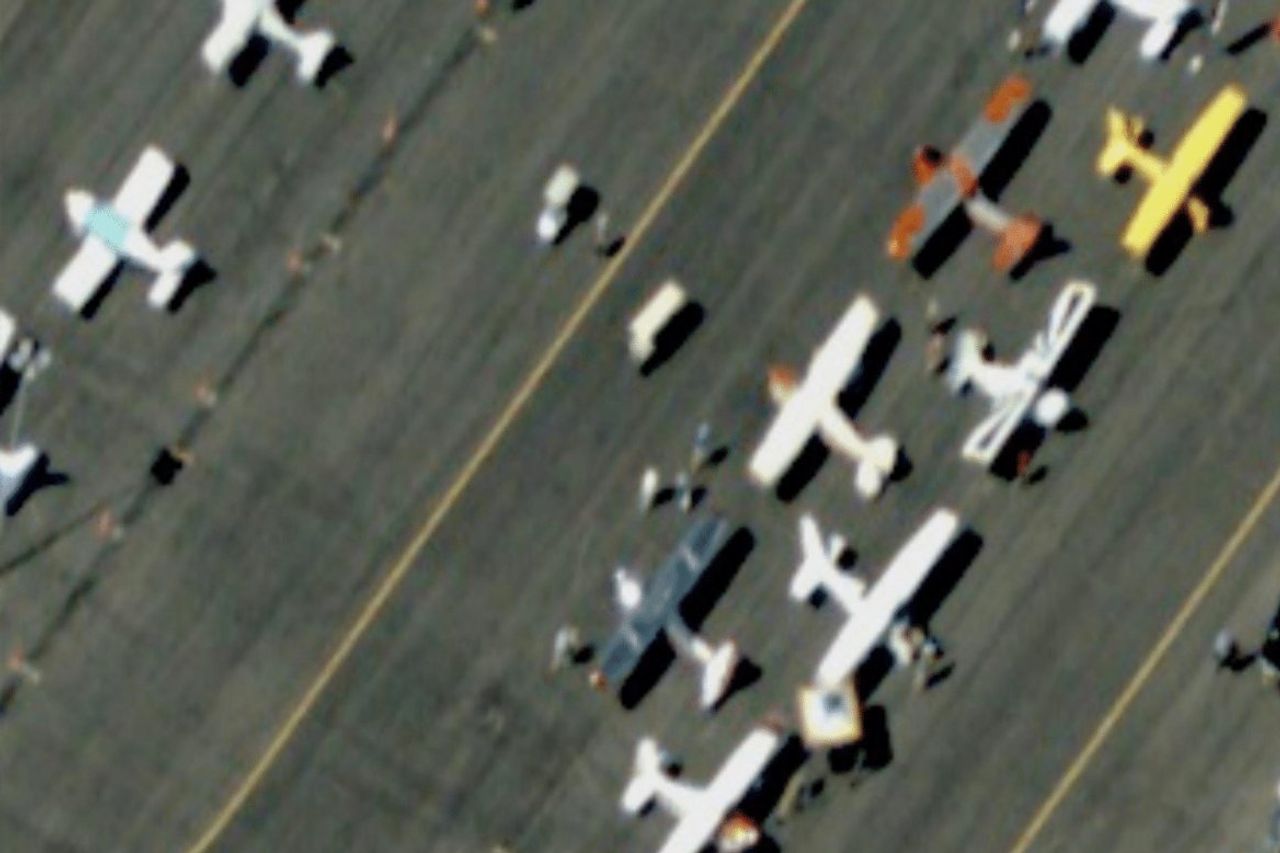 Technology from PreVision can stitch together a series of photos, like these taken over the airport in Santa Fe, N.M., and then magnify them to observe the comings and goings of individuals on the tarmac.PHOTOS: PREVISION CORP

PreVisions’s chief executive, Steve Suddarth, says one of his company’s goals is to blanket entire cities with small drones.