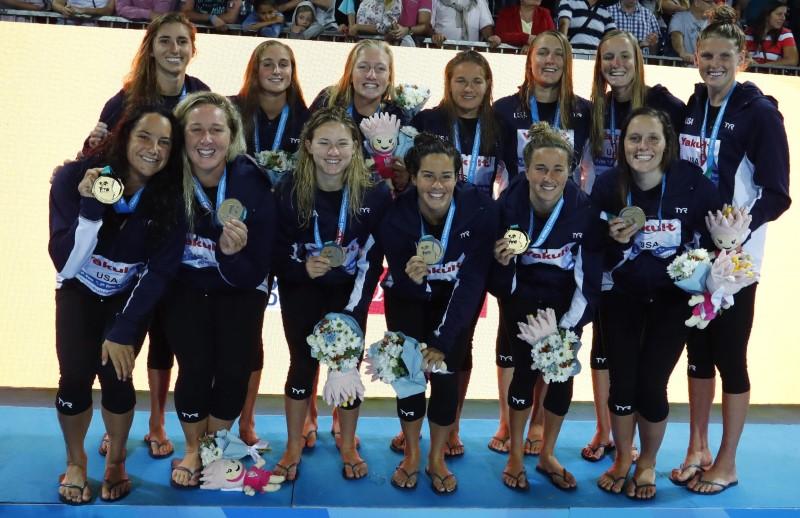 (Reuters) – U.S. water polo attacker Paige Hauschild, who was injured when the upper deck of a nightclub collapsed on top of revellers in South Korea last Saturday, will be replaced on the Pan American Games roster, the team said on Saturday.

Hauschild, who is still recovering from a laceration to her right arm that required stitches, will be replaced by Stephania Haralabidis as the team looks to claim their fifth straight Pan American Games title next week in Lima.

“I’m obviously disappointed as I was looking forward to taking part in my first Pan American Games,” Hauschild said in a statement.

“That said it is best to follow doctors orders and let this wound heal properly. I’m excited I can still be here in Peru to cheer on my team mates and I know Steph is going to do an awesome job.”

The team is coming off of their third straight world title, which the team was celebrating in Gwangju when the roof collapsed, killing two people and injuring several athletes.