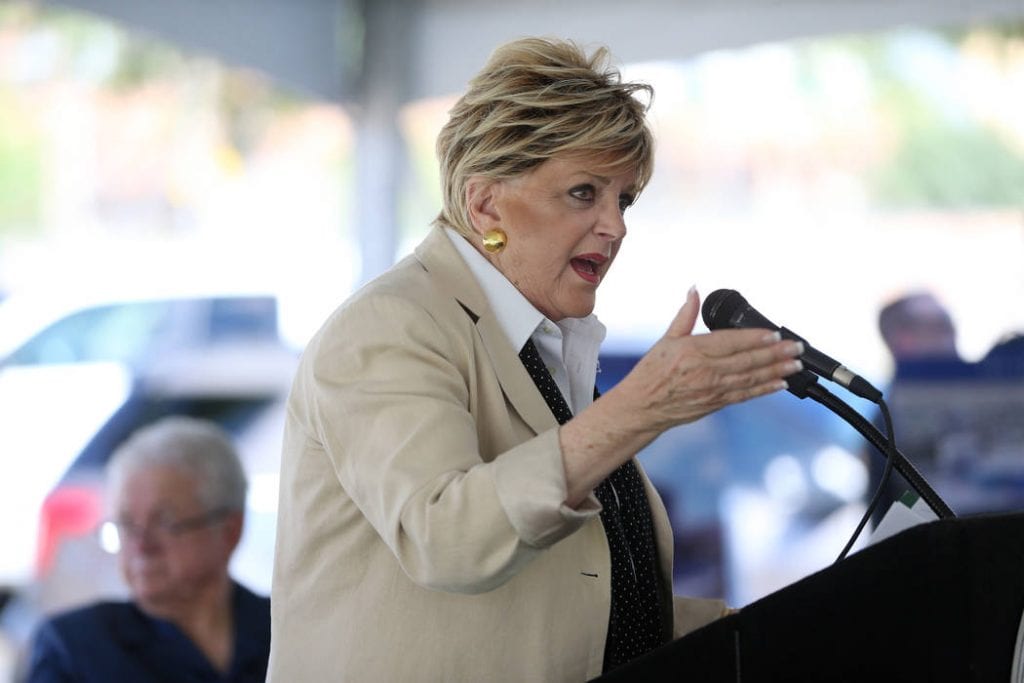 The U.S. Conference of Mayors has once again adopted a resolution calling on the U.S. Department of Energy to rethink how it deals with radioactive waste.

“We will continue to stand together on key issues, such as the secret transport of nuclear waste through the nation,” Goodman said in a statement.

The resolution came just days before the Energy Department told Nevada officials it may have mistakenly shipped “reactive” nuclear material to the Nevada National Security Site during the last six years.

The revelation has sparked anger from state and local officials about how the government handles radioactive waste transportation and storage.

“This is nothing new to me. It’s just more of an indication that trust does not lie there,” Goodman said Wednesday. “All of this makes you really just sit up and say, ‘Come on, let’s have some truth here and tell us now what is being shipped.’”

The latest resolution came during the conference’s annual meeting June 28 to July 1 in Honolulu.

Goodman, a longtime opponent of storing high-level nuclear waste at the proposed Yucca Mountain repository, said Wednesday that she and her husband, former Mayor Oscar Goodman, have stood on that platform for 20 years. She said two major earthquakes in Ridgecrest, California, have deepened her opposition.

The resolution asks the federal government to either focus on treating and storing radioactive waste at the sites where it’s presently stored, or to adopt a consent-based approach so that states and local communities would agree in advance to accept waste shipments.