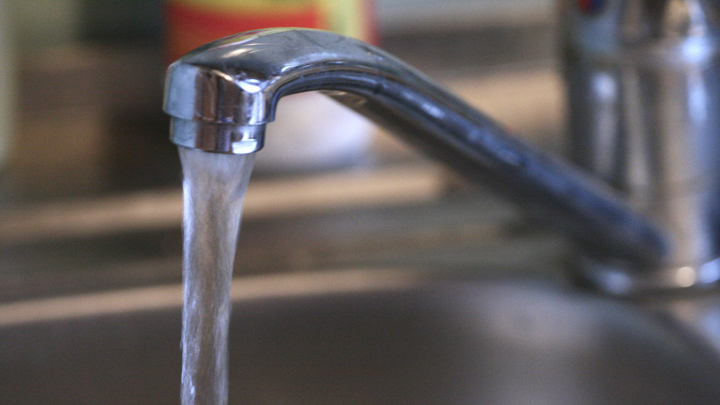 (KVHT) – For the second time since this spring Yankton residents have received word that the city’s water system is out of compliance due to higher-than-normal levels of trihalomethanes (THMs). The standard for THMS is 80 micrograms per liter, but over the last year, the city has averaged 87.4, 89.80 and 98.74 micrograms per liter. Director of Environmental Services Kyle Goodmanson says the THMs are a result of the city’s chlorine treatment process. According to Goodmanson the chlorine is added to the water to disinfect it and kill any microbial growth. The chlorine interacts with the organic material in the water and gives a byproduct that forms the THMs. Heavy rains this spring also contributed. Goodmanson said due to some extremely high runoff events as well as some basins being out of service because of construction, there was a lot of extra nutrients in the water. Those solids are what the chlorine reacts with and causes the THMs. Even with the levels at this time, Goodmanson said there isn’t a major threat to the public at this time. He added that THMs are a potential cancer causing problem, but only with really excessive levels in the water for a prolonged period of time. He said it’s very unlikely to happen and called the information is being shared at this time as more of a precaution. The city’s new water plant, an addition to the 1972 plant, is set to begin coming online in the fall. Along with it will come regular water sourcing that nearly eliminates the causes of THMs.

END_OF_DOCUMENT_TOKEN_TO_BE_REPLACED

Penn Yan woman had stun gun at her apartment