Pelosi Advises Illegal Immigrants on How to Avoid ICE 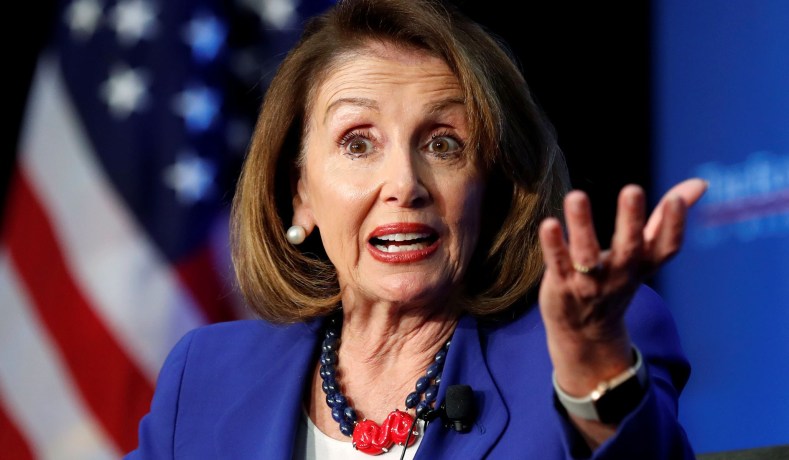 “An ICE deportation warrant is not the same as a search warrant. If that is the only document ICE brings to a home raid, agents do not have the legal right to enter a home. If ICE agents don’t have a warrant signed by a judge, a person may refuse to open the door and let them in,” said Pelosi, reading from prepared remarks at her weekly press conference.

During a closed-door meeting on Thursday, Pelosi urged members of her caucus to help disseminate the party’s “know your rights” campaign to illegal immigrants in their districts who may be targeted during the raids, Politico reported. She also told her colleagues that she plans to appeal to religious leaders to speak out against the planned raids.

After the meeting, Pelosi told reporters that she believed opposition from religious leaders played a significant role in Trump’s decision to call off a sweeping ICE raid in early June.

“They were very concerned that this goes too far because these raids were not what they signed up for with President Trump. And I think their calls to the president made a difference,” Pelosi said. “Hopefully the president will think again about it or these groups will weigh in once again.”

“Families belong together,” she added. “Every person in America has rights.”