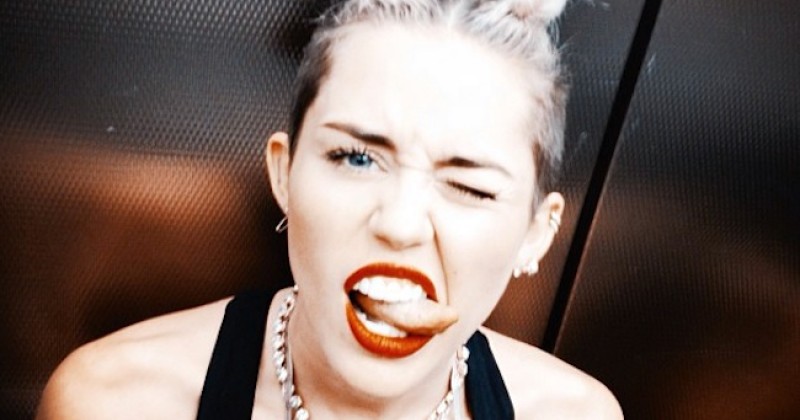 Pop star Miley Cyrus, who is married to actor Liam Hemsworth, says she doesn’t like being called a “wife” and is still attracted to girls.

In an interview with Vogue, Cyrus said, “Do people really think that I’m at home in a fucking apron cooking dinner? I’m in a hetero relationship, but I still am very sexually attracted to women.”

“I definitely don’t fit into a stereotypical wife role. I don’t even like that word,” she added.

The singer also celebrated the fact that her parents don’t use the words “husband” and “wife”.

“They were always partners. That’s why I like that word,” she said, “‘Husband and wife’ sounds like a cigarette commercial from the 50s to me”.

A couple of years ago, Cyrus attempted to re-brand herself by going back to a more wholesome image.

This seemingly failed and now she is back to dressing like a slut while posting borderline satanic images like this with the caption, “Virginity is a social construct”.