NEW YORK (Reuters) – American financier Jeffrey Epstein on Thursday asked a federal judge to let him out of jail and allow him to remain under house arrest in his Manhattan mansion while he awaits trial on charges of sex trafficking underage girls.

In a filing in federal court in Manhattan, Epstein’s lawyers argued that home confinement, along with electronic monitoring, surveillance and a bond secured by a mortgage on the Upper East Side home which they valued at $77 million, would ensure that he does not flee the country.

A spokesman for New York-based federal prosecutors declined to comment. On Monday, prosecutors said at a court hearing that they will oppose Epstein’s release on bail under any conditions.

U.S. District Judge Richard Berman, who is overseeing the case, previously rejected a similar request by Turkish-Iranian gold trader Reza Zarrab, finding it was unfair to allow wealthy defendants to “buy their way out of prison by constructing their own private jail.”

Epstein’s lawyers said their client had a “spotless 14-year record of walking the straight and narrow” since 2005 and had shown “perfect compliance with onerous sex offender registration requirements.”

They said Epstein would nevertheless agree to be fitted with an electronic ankle bracelet, surrender his passport and de-register his private jet as conditions of his house arrest.

Epstein, 66, was arrested on Saturday evening at Teterboro Airport in New Jersey, where he had returned on his private plane from Paris. He pleaded not guilty to sex trafficking and conspiracy.

The well-connected money manager was known for socializing with politicians and royalty, with friends including Republican U.S. President Donald Trump, former Democratic President Bill Clinton and, according to court papers, Britain’s Prince Andrew. None of those people was mentioned in the indictment laying out the charges against Epstein.

According to the indictment, Epstein arranged for girls under the age of 18 to perform nude “massages” and other sex acts, and paid some girls to recruit others, from at least 2002 to 2005. Prosecutors said that a search of Epstein’s house on Saturday uncovered nude images of underage girls.

Epstein had faced similar charges from federal prosecutors in Florida in 2007, but reached a deal to avoid federal prosecution by pleading guilty to a Florida state prostitution charge and registering as a sex offender. He served 13 months in a county jail, but was allowed to leave during the day to go to his office.

Epstein’s lawyers have said that the previous agreement makes him immune to the new charges, which cover the same period. The New York prosecutors have said they are not bound by the agreement.

Alex Acosta, then the U.S. Attorney for the Southern District of Florida, oversaw the Florida plea deal.

Acosta, who is now Trump’s secretary of labor, defended the deal in public statements on Wednesday, saying it had ensured Epstein, whom he called a sexual predator, would serve jail time. 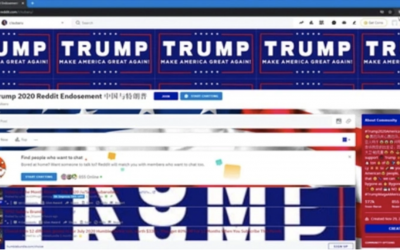