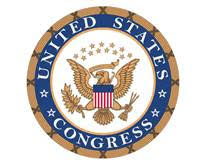 U.S. Sen. Jim Inhofe (R-Okla.), chairman of the Senate Armed Services Committee, Sen. James Lankford (R-Okla.), member of the Senate Committee on Indian Affairs, Representative Markwayne Mullin (OK-02), citizen of Cherokee Nation, and Representative Tom Cole (OK-04), citizen of the Chickasaw Nation, made the following statement after Secretary of the Navy Richard Spencer announced the newest Towing, Salvage and Rescue ship (T-ATS) would be named Cherokee Nation in honor of the service and contributions of the Cherokee people to the Navy and Marine Corps.

“I’m pleased that we’re recognizing the contributions Cherokee men and women have made to our Navy and Marine Corps today,” Inhofe said. “The USNS Cherokee Nation is a fitting tribute to the generations of Cherokee citizens who have served and sacrificed for our nation.”

“I am grateful that our nation will recognize the bravery and sacrifices the Cherokee women and men have made to the US armed forces,” said Lankford. “This honor from the Secretary of the Navy is an opportunity for our nation to pay tribute to the Cherokee citizens for their countless years of dedicated service to protect our freedoms.”

“As a proud member of Cherokee Nation, I am honored that the United States Navy is naming a new ship after our tribe,” Mullin said. “Cherokee men and women have served our country for generations and our nation would not be what it is today if it weren’t for the strength and resilience of so many Native American heroes. The USNS Cherokee Nation will serve as a reminder of their contributions and sacrifices for years to come.”

“Throughout our nation’s history, Native Americans have made enormous contributions to our military and demonstrated outstanding valor,” said Cole. “In the naming of this new ship, Secretary of the Navy Spencer is rightly recognizing the bravery and skill that has been displayed by those belonging to the Cherokee Nation. This is a prestigious honor for the Cherokee and a proud moment for the state of Oklahoma as well. Certainly, the new name this ship carries will inspire those aboard and supporting missions into the future.”

This is the fifth U.S. ship to be named in honor of the Cherokee people.

The T-ATS will serve as open ocean towing vessels and will additionally support salvage operations and submarine rescue missions. The ship will be built at the Gulf Island Shipyards in Houma, Louisiana, and is expected to be completed in July 2021.