PUTIN WARNS OF NUCLEAR “GLOBAL CATASTROPHE” ONCE TREATIES EXPIRE IN 2021 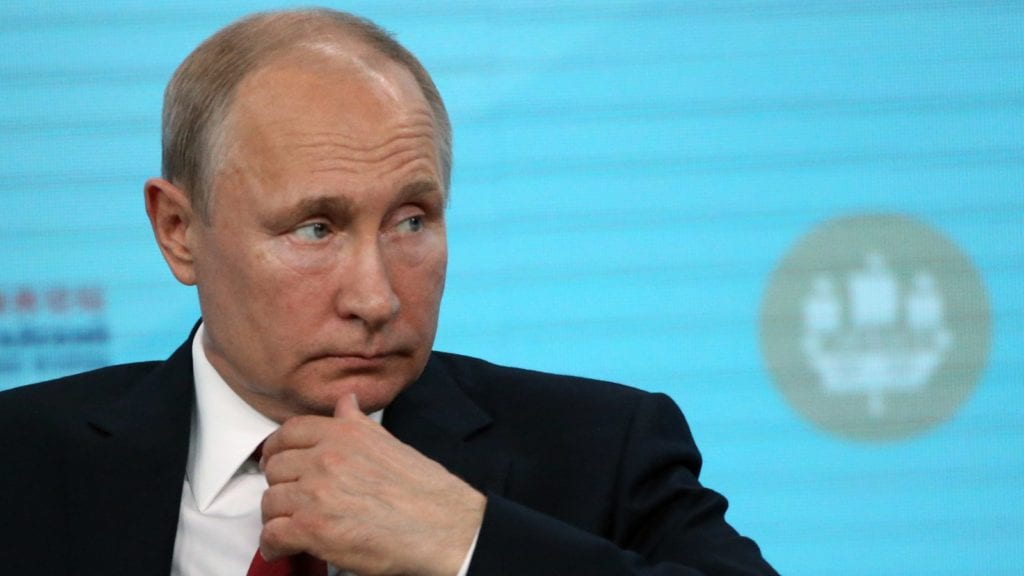 Putin slammed the mainstream media’s silence on the imminent threat and urged cooperation to renew such treaties, during this year’s International Economic Forum held in St. Petersburg.

“Please note that there is no formal negotiating process, and everything will expire in 2021,” said Putin. “Mind you, there will be no more instruments to limit the arms race.”

“It means that we’ll basically have to live with nuclear missiles hanging above our heads. Permanently!”

“If we do not keep this fiery serpent under control, if we let it out of the bottle, God forbid, this could lead to a global catastrophe,” he added.

Putin specified that he will not renew the START-3 treaties (Strategic Arms Reduction Treaties) if other nations weren’t interested, adding Russia’s latest systems “guarantee Russia’s security for a fairly long period into the future.”

“The most recent conversation I had with President Trump, I must say, inspires certain optimism, because Donald told me that he, too, was concerned about this,” said Putin. “He is fully cognizant of the amount of arms-related expenses incurred by the US and other countries.”

“This money could be used for other purposes. I completely agree with him.”

Remember, Putin is echoing his December “global catastrophe” warning over the same issue regarding America’s exit from the INF (Intermediate-range Nuclear Forces) Treaty.

Amid that same December press conference, Putin maintained Russia was not interested in “gaining unilateral advantages,” according to the AP.

“We aren’t seeking advantages, we are trying to preserve the balance and ensure our security.”

This same mindset was displayed around the same last year from Putin’s “martyr” comment that rocked world headlines.

“We have no concept of a preemptive strike,” said Putin. “The aggressor will have to understand that retaliation is inevitable, that it will be destroyed and that we, as victims of aggression, as martyrs, will go to heaven.”

“They will simply die because they won’t even have time to repent.”