A trail of toxicity: the US military bases making people sick 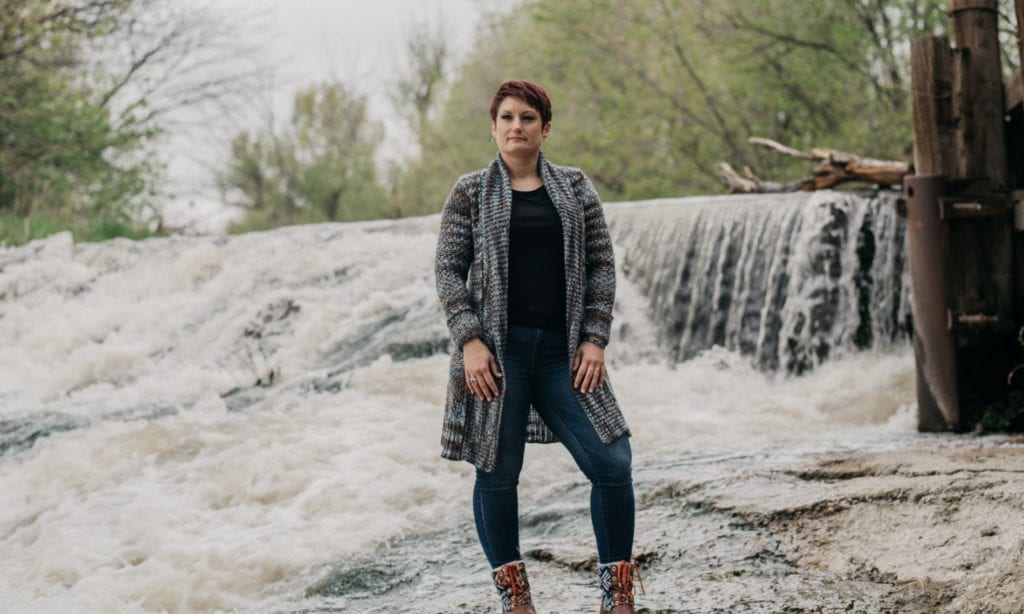 In Colorado Springs, businesses are suing the military for perfluorinated compounds, which some are calling ‘Agent Orange 2.0’

Over the last 80 years, much of the land surrounding Venetucci Farm was sold to the US army to establish the base now known as Fort Carson, and today it is hemmed in by highways. Still, with its 200 acres of fields, farmhouse and big red barn, it is a beloved institution in Colorado Springs. As the only community urban farm left in the sprawling city, it is a valuable resource, educating thousands of children about agriculture, sustainability and healthy eating and known above all for its annual pumpkin giveaways.

The autumn pumpkin event has taken place for decades, and a local brewer still makes Venetucci Pumpkin Ale, but now the pumpkins are bought elsewhere. The produce is no longer available for public consumption because farming activities have stopped. In 2016, irrigation water was found to be contaminated with elevated levels of perfluorinated compounds (PFCs).

The foundation that runs the farm has joined forces with a local water district to sue the US air force, alleging that toxic chemicals used in firefighting foam at a nearby base have tainted the water, perhaps for decades, prompting health worries and causing economic losses.

Similar concerns have been raised about dozens of other bases across the country. But the problem is not limited to areas close to military installations.

PFCs and related human-made chemicals, more generally known as per- and polyfluoroalkyl substances (PFAS), have been virtually unregulated since at least the 1950s. As well as at industrial sites, airports and bases, PFAS have long been used in household products thanks to their grease- and stain-resistant properties. They are everywhere: from fast-food packaging to carpets and furniture, water-repellent clothing and non-stick cookware such as Teflon.

The extraordinary resilience that led to them being dubbed “forever chemicals” no longer seems such a boon. As more becomes known about their widespread presence in the environment and the potential health risks, activists are urging state and federal regulators take action to increase oversight and even ban PFAS outright.

A 2007 study estimated that PFAS are in the blood of 98% of Americans, while last year an analysis by the not-for-profit Environmental Working Group found that more than 1,500 drinking water systems nationwide could be contaminated by PFAS, affecting as many as 110 million people.

Studies suggest that certain PFAS may affect the growth, learning and behaviour of infants and older children; lower a woman’s chance of getting pregnant; interfere with the body’s natural hormones; increase cholesterol levels; affect the immune system; and increase the risk of kidney and testicular cancer and thyroid problems.

Mark Favors is convinced that PFAS can cause cancer. The 50-year-old now lives in New York but was born and raised in the Colorado Springs area and went to an army nursing school.

“The veterans are starting to call this Agent Orange 2.0,” he said. Favors told a congressional oversight committee meeting in March that 16 of his family members who have lived in contaminated areas for at least a decade were diagnosed with cancer, seven of them military veterans, and not all blood relatives. Ten died, several from kidney cancer. A 15-year-old cousin required a kidney transplant in 2015 after a sudden failure that doctors determined was not caused by a genetic defect.

“We had four generations that drank contaminated water. We’ve been there since the 70s. My mother grew up on a farm a mile away from Peterson [air force base] and drank well water,” he told the Guardian. “We didn’t think they’d be dumping an odorless, colourless, toxic chemical into our drinking water that would remain in our bodies for five or 10 years at a minimum.”

Who would? Colorado Springs is the fastest-growing metropolitan area for millennials, according to a 2018 report by the Brookings Institution.

Newcomers are attracted not only by jobs but also the outdoorsy, active lifestyle promised by proximity to the mountains. It is the self-proclaimed Olympic City USA – home to the headquarters of the United States Olympic Committee, the flagship Olympic training centre and numerous national sports organisations.

In the shadow of Pikes Peak, the summit that stands 4,300 meters above sea level, this is a place that demands you look skywards. Until recently, few knew what was happening below ground.

While the water supply for the city of Colorado Springs was unaffected, other, less touristed communities south and south-west of Peterson that tapped into the Widefield aquifer were less fortunate. Fountain, Security-Widefield and Stratmoor Hills are together home to about 80,000 people, and each had to scramble when they discovered the presence of elevated PFAS levels.

It was news to Roy Heald, general manager of Security’s water district – literally: he read about it in the New York Times in January 2016. The story was about “this attorney that had been pursuing chemical companies and so on and so forth, and it said, by the way I think there’s 94 water systems across the country that have these chemicals in their water. And we were one of them.”

The utility company had previously sent off samples to the Environmental Protection Agency (EPA) for a data-gathering exercise. “I didn’t know who to contact. The New York Times story quoted somebody from EPA and so I called that person,” Held said, sitting in the boardroom at the district’s office, a low-slung building a mile from Venetucci Farm. The company had provided Security with well water until the PFAS crisis hit.

Security promptly shut down seven wells and embarked on an urgent, complex and costly mission to deliver untainted drinking water to its 19,000 customers, which involved building pipelines and buying clean supplies from neighbours.

In May 2016, the EPA replaced provisional advice from 2009 by issuing a drinking water health advisory of 70 parts per trillion (ppt) for two common PFAS: perfluorooctanoate acid (PFOA) and perfluorooctane sulfonate (PFOS).

It remains unclear what a safe amount of exposure might be, and some states have revised guidelines to propose ever-lower limits in recent years. In Vermont the standard is 20 ppt, while in New York the recommendation is 10 ppt.

According to testing cited by a local advocacy group, the Fountain Valley Clean Water Coalition, the highest off-base drinking water level in El Paso county was 7,910 ppt. A groundwater well at Peterson air force base had 88,000 ppt.

It said, by the way I think there’s 94 water systems across the country that have these chemicals in their water. And we were one of them

At other bases around the country, PFAS levels in the millions have been detected.

Amid disputes within government about cleanup standards the Pentagon faces a bill of at least $2bn, the Military Times reported.

The defense department told Congress last year that it was “committed to minimizing” PFAS releases, researching and addressing issues and finding alternatives to the problematic foam.

Among its mitigation efforts in El Paso county, such as providing filters and bottled water, the air force has committed to building a treatment system that could cost in excess of $15m. But Security wants to recoup its outlay. “We had spent $6m and that’s a significant amount of money for our district, it’s had a tremendous impact also on our customers because we’ve begun raising rates as a result,” Heald said.

With five installations employing tens of thousands of people and many veterans calling the region home, the influence of the military meant that taking legal action was “absolutely” a hard choice, Heald said. “Many of our customers are current or former military, so it was a very difficult decision, but we can’t absorb that loss without trying to recover it,” he added.

“It’s not a trade-off. You don’t get to contaminate our drinking water because we have jobs,” said Liz Rosenbaum, who co-founded the Fountain Valley Clean Water Coalition. “A lot of people think the government’s going to take care of them. And it’s like, they’ve been killing us!”