Bangladesh’s development helmed by history and spirit of the country 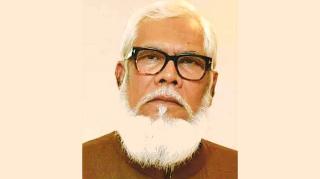 With the youth slowly taking over the mantle of country’s progress, it is imperative that they are well-versed with the historic and current leadership for better development

Bangladesh has showcased an exponential trajectory of development in the last decade with stable governance, improved exports, and rising economy. Continuing on this tangent, the current government and industry leaders are constantly devising methods to eradicate the prolonged issues of the country and achieve its vision of a developed nation. And although the previous efforts have been commendable, it is the young Bangladeshi generation that is going to take over the mantle of country’s progress.

Urging the young audience to study about the history of Bangladesh and the spirit of Liberation War, Salman F Rahman, the private sector industry and investment advisor to PM Sheikh Hasina and parliamentarian of Dohar and Nawabganj constituency, talked about the driving force of Bangladeshi development: Belief, leadership, and guidance. The sentiment stems from Bangladesh’s independence and its current flourishing journey in a social and economic perspective.

Speaking as the chief guest at “Junior Chamber International (JCI) Bangladesh Leadership Conclave 2019 -Together Towards Tomorrow” held in Dhaka, Rahman expressed, “It is absolutely true that we have come so far because of the leadership, wisdom and vision of the Honorable Prime Minister Sheikh Hasina. For a nation to progress, the first and foremost thing that is required is ‘believing in itself’. She brought into us a belief in Bangladesh and feeling for Bangladesh as well. And what we have become is a natural result of that.”

Instilling a feeling of independence in the people, the collective efforts of country-based industrialists such as Salman F Rahman, and consistent political environment have been the backbone of streamlined local demands as well as the establishment of a flourishing export business.

That said, times are changing with the advent of technology in nearly every industry as the fourth industrial revolution is on the cards. Provided that Bangladesh has to maintain, and improve its ongoing pace of growth, it is imperative that the youth steps up and strike a balance of innovative thinking, historical knowledge, and skills for the dynamic market in the near future.

And even though Salman F Rahman rightly said, “The challenges poised to be created due to the 4th Industrial Revolution will be extremely tough,” Bangladeshi youth is expected to be well-prepared for the same. With government initiatives to catalyze entrepreneurial growth, create job opportunities, organize conclaves and awareness seminars, and efforts from the upcoming generation, the collective impact is speculated to have a progressive impact on the country’s development.

Bangladesh holds immense potential to achieve its vision of becoming a developed country in the upcoming decade and the same could be achieved with an innate sense of the country’s spirit and knowledge in its future professionals, similar to the approach of Bangabandhu as a young student leader.