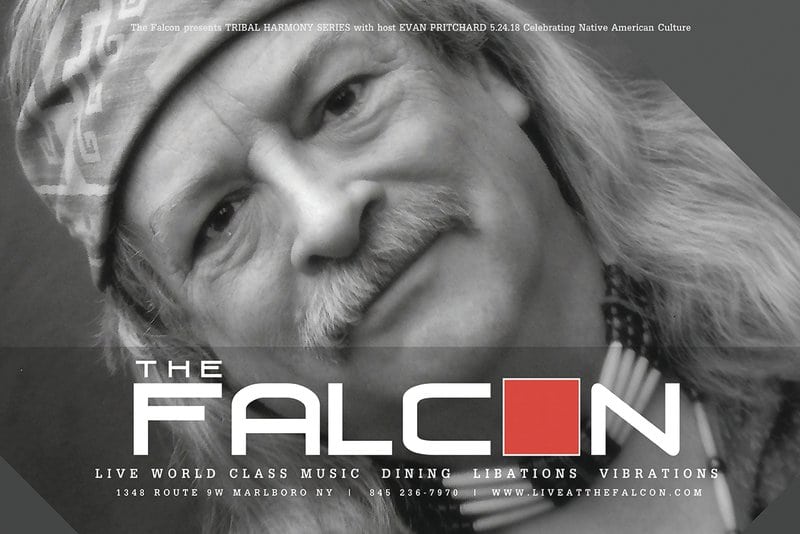 WELCOME TO THE FALCON

Dinner & Drinks from 5:30. Table reservations for Main Stage dining only.

“Equally at home picking a vintage Dobro, an old National resonator guitar, or laying down fat horn voicing on a tripleneck 8-string steel, Cashdollar is a master…” – Frets Magazine​

Host, Jason Gisser, welcomes acoustic musicians to SIGN UP & SIT IN on very special creative showcase for originals and covers. Guitar and piano provided by The Falcon Underground.

An evening of quality rock and fusion with gifted ensemble Common Tongue and master guitarist John Bendy of The Hipster Assasins.

“The Music of Eddie Palmieri”

A line-up of seasoned pros performing their interpretations of the music of Cuba, Puerto Rico and Latino NYC.

Reelin’ in the Years

One of the most influential bands in popular music, Steely Dan’s music is brought to life by a spectacular cast of veteran touring and recording musicians. A genuine labor of love.

This classic rock band from the Hudson Valley, led by Fred Zepplin, has developed a reputation for unconventional song selection, soaring vocals and a unique performance style.

Harden is a classic example of a true soul/rhythm and blues crooner. He has shared the stage with soul legends Solomon Burke, Ben E. King, Robert Cray, Delbert McClinton and Howard Tate.

Psychedelic Rock Ensemble, honoring the music of Jefferson Airplane and Hot Tuna! Fly with Reverend Jefferson…..They’ll get you there on time and feed your head!

Vito Petroccitto’s LITTLE ROCK hails from the Hudson Valley region of New York, playing a mix of rootsy, bluesy, swampy Americana, and they deliver the goods!

“The compositions he writes for his long-standing quartet bristles and pops with the excitement of vision of his peers, a generation that is challenging and changing the aesthetic of jazz.” – NPR